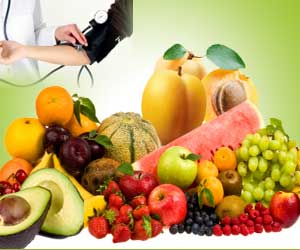 Contrary to findings of previous studies, eating raw fruits does not lower blood pressure, a new study published in The American Journal of Clinical Nutrition reveals.

Researchers at Imperial College London School of Public Health analyzed results of a previous study involving over 4,600 middle aged men and women from UK, US, Japan and China.

The participants had their blood pressure measured and also were able to recall what they had eaten in the last two days.


The process was repeated three weeks later and the researchers also measured the participants' fruit and fruit juice consumption as grams per 1000 calories of food eaten and compared it to their blood pressure and found no evidence that consuming more fruit or fruit juice lowered their blood pressure. The researchers though admitted that there were a number of limiting factors to the study, including small sample size, diet and the participants' exercise habits.