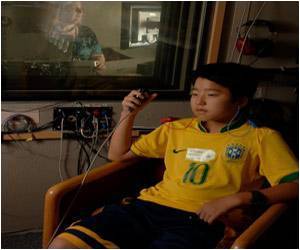 Ear infections could be linked to obesity, is the interesting conclusion drawn by Korean researchers at the Kyung Hee University in Seoul, South Korea.

The possibility of a link between childhood obesity and chronic otitis media with effusion [OME] had already been established. This team considered the prospect of related changes in taste buds linking the two. The study suggests that chronic ear infection and inflammation might affect a particular nerve, the chorda tympani, that controls taste at the front of the tongue.

Middle ear infection, or otitis media, is a common type of infection that may or may not accompany the infections of nose and throat. It is the infection of any part of the middle ear.
Advertisement

When there is a change in the taste buds that builds a taste for certain foods, children eat more and this brings on obesity.


The study involved a group of 42 children who had chronic otitis media with effusion and another group of 42 who did not have the infection. The four standard taste solutions used were sugar, critic acid, and salt and quinine hydrochloride. The researchers claim that the taste threshold was higher in the first group than the second.

Ear Blockage / Wax Blockage
Advertisement
Analyzing the study, Dr. Jeffrey P. Simons, assistant professor of otolaryngology at Children's Hospital of Pittsburgh says that the nerve that supplies taste to the front two-thirds of the tongue goes right through the middle ear where there is the fluid. According to him, the Korean researchers have theorized that the chronic underlying inflammation of that nerve may increase sensation or increase the taste threshold, so that there is a craving for more food.

Yet, Carolyn Landis, associate professor of pediatrics at Rainbow Babies & Children's Hospital at University Hospitals in Cleveland and Dr. Simons too, caution about drawing quick conclusions. According to Landis, it could be that obesity is the cause of the ear infection, and not the way that the researchers explain. Both, Landis and Simons, recommend further studies.

"It would be interesting to explore this further, but from this one study, we can't say much definitively," says Landis.

Ear converts sound waves into electrical impulses that are transmitted to the temporal lobe of the brain through the auditory nerve. It consists of outer, inner and middle sections.
Advertisement
<< Weight Standards in Buses Likely to Change Due to Overweigh...
Video Game Helpful in Identifying Vision Problems >>