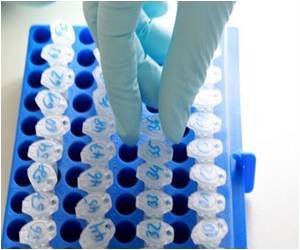 Matthew DeLisa, Cornell associate professor of chemical and biomolecular engineering, and his research team, now have published a novel method for engineering human therapeutic glycoproteins simply and quickly by using E. coli bacteria as a platform. Their methods are now being developed and commercialized through a startup company, Glycobia Inc., which recently took up residence in Cornell's McGovern Family Center for Venture Development in the Life Sciences. While there are no firm plans yet, the professor hopes that within a year, testing this kind of pharmaceutical could be done at the Weill Cornell Medical College in Manhattan.

Glycoproteins are proteins that are modified at specific amino acid "acceptor" sites with complex carbohydrate structures, or oligosaccharides - a basic human chemical reaction that's essential to life. That's why specifically designed, genetically engineered glycoproteins are so commonly used as drugs - they bind to certain protein receptor sites and, for example, block cancer cells from multiplying. Among glycoproteins used to treat diseases today are monoclonal antibodies and interferons.


Current manufacturing methods rely mainly on costly, time-consuming mammalian culture cells, such as the Chinese Hamster Ovary (CHO) cell line. The process is also susceptible to viral contamination, further driving up production cost. In fact in 2009, another biopharmaceutical company temporarily shut down its plant after such a contamination occurred.

Scientists Use E. Coli as Catalyst to Revolutionize Lab on a Chip Technology

Scientists, have by using enzymes from E. coli bacteria, introduced a hundred-fold improvement in the precision of features imprinted to create microdevices such as labs-on-a-chip.
Advertisement
The Cornell research uses a method to assemble a synthetic pathway for the simple and quick production of a glycoprotein that forms the basis of many of today''s therapeutic protein drugs, including, for example, the protein GCase, used in a drug that treats Gaucher''s disease. To do so, they artificially introduced the machinery of glycosylation - the chemical process by which proteins become glycoproteins - into E. coli cells, rather than animal cells.

The synthetic pathway they designed, which can be tailored to many amino acid acceptor sites to make different drugs, starts with native enzymes in E. coli. Added to that was a mixture of four enzymes taken from yeast cells, which triggered the biosynthesis of a specific glycan (sugar structure) that resembles the core structure found in virtually all eukaryotic glycans. A fifth enzyme from the bacterium, Campylobacter jejuni, transferred these core glycans to pre-engineered protein acceptor sites, resulting in the desired glycoproteins.

DeLisa and his colleagues are now working to improve their approach that they call "glycans by design" - using the enzyme-based protein production method to specifically tailor sugar structures to make many different glycans and glycoproteins.

The National Institutes of Health, the National Science Foundation, and the New York State Office of Science, Technology and Academic Research funded the work.

The genomic code of the E. coli bacterium that caused the ongoing deadly outbreak in Germany that began in May 2011 has been unraveled by a team
Advertisement
<< Green Coffee Beans for Quick and Effective Weight Loss
Microfluidic Chip to Halt Flu Outbreaks: Research >>

A-Z Drug Brands in India Sinopril (2mg) (Lacidipine) Find a Hospital Blood Pressure Calculator Noscaphene (Noscapine) Hearing Loss Calculator Sanatogen Loram (2 mg) (Lorazepam) Nutam (400mg) (Piracetam) Drug Side Effects Calculator
This site uses cookies to deliver our services.By using our site, you acknowledge that you have read and understand our Cookie Policy, Privacy Policy, and our Terms of Use  Ok, Got it. Close
×