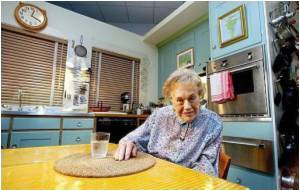 "The In Vitro Meat Cookbook" was unveiled in Amsterdam exactly a year after scientists revealed the world's first lab-grown beef burger in London, in what is hoped to spark a global food revolution.

The 186-page cookbook, based on the idea that meat can be "grown" in a bioreactor from cells taken from live animals, is packed with new suggestions on what future "cultivated" meat products could look like.


"This cookbook aims to move beyond in vitro meat as an inferior fake-meat replacement, to explore its creative prospects and visualise what in vitro meat products might be on our plate one day," says scientist and philosopher Koert van Mensvoort, one of book's main contributors.
Advertisement
All recipes were created by a team of chefs, designers and artists, said Van Mensvoort in its preface, adding: "While some dishes are innovative and delicious, others are uncanny and macabre."

The book also explains how to cultivate "home-grown" meat in a lab kit, before harvesting it for the pot.

For instance, on page 63 there's "Roast Raptor" which uses chicken tissue to grow meat around "dinosaur bones" printed in a 3-D printer to create anatomically accurate models of dinosaur parts.

"Let the dinosaur rest for 15 minutes before carving and serving," it suggests after cooking.

In another recipe, tissue engineering and advanced genetic sequencing from a dodo sample preserved by the Oxford University Museum of Natural History, will allow history afficionados to "sample what the first sailors to visit Mauritius did in 1598".

There are decidedly less appetising ideas too, for instance oysters grown from meat stem cells.

"Bathed in a warm sea of serum, row upon row of miniature bioreactors nurture small morsels of flesh," is how the cookbook describes the test-tube oyster farm.

"Connoisseurs may become adept at picking out the terroir of each lab, from the briny metal overtones of Atlantic serum to the sweeter, more rounded flavour from Pacific facilities," the book said.

Scientists insist artificial beef is safe, claiming it could eventually replace ordinary beef in the diets of millions of people and in so doing reduce huge environmental pressure caused by raising livestock.

"Our aim is not to promote lab-grown meat, nor to predict the future, but to visualise a wide range of possible new dishes and food cultures to help us decide what future we actually want," Van Mensvoort said.

Taste of Mandela's Table in New Cookbook
This Christmas, cookbooks are competing with more serious works on Nelson Mandela in South African ....

Tw-Eat Tw-Eat: Twitter Cookbook, in 140 Words
A Canadian writer, who posted her recipes on Twitter, is all set to publish a cookbook in the ......