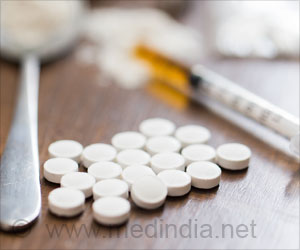 Recreational drug use is incredibly common around the world and it very often leads to disaster and crime. During adolescence, recreational drug use may disrupt development of an understudied part of the prefrontal cortex, according to a study of male mice published in eNeuro.

Brain cells that utilize the neurotransmitter dopamine are key players in the development of the prefrontal cortex, which continues to mature through early adulthood. During adolescence, the axons of these dopamine neurons extend from the nucleus accumbens to the medial prefrontal frontal cortex.

Advertisement
‘Recreational drugs are usually started to provide pleasure, or improve life in some way. However, they can lead to addiction, to health and social problems and to crime.’

Cecilia Flores and colleagues show that this delayed growth of dopamine axons also applies to the orbital prefrontal cortex (oPFC), a brain region involved in complex functions such as decision-making, but the development of which is poorly understood. Mice exposed to the stimulant amphetamine at doses similar to those obtained when the drug is abused by humans had fewer synapses in the oPFC, likely as a result of reduced axon growth, compared to control mice.


The researchers did not observe ongoing adolescent dopamine axon growth nor similar effects of amphetamine in a neighboring brain region, the piriform cortex. This suggests that the ongoing extension of dopamine axons and their sensitivity to environmental influences like drugs may be unique to the prefrontal cortex.

Impulsive Personality Linked to Greater Risk for Early Use of Methamphetamine
Methamphetamine users who described themselves as impulsive were more likely to have started taking ...

How To Cure Children With Prenatal Methamphetamine Exposure
Methamphetamine abuse during pregnancy can lead to behavioral and emotional problems in children, .....