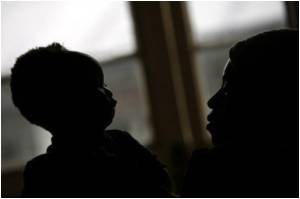 Barefoot with water up to his knees, seven-year-old Isaac sifts through sand to extract copper like hundreds of boys in southeast DR Congo, forced by poverty to quit school and work in the mines.

Isaac abandoned his maths and language classes in February, leaving the only school in Kamatanda, a small village in Katanga province, the main mining region in the Democratic Republic of Congo.


Since then, he has worked in a vast open copper mine in the area, helping some 2,000 "diggers" extract the mineral under a blistering sun, then to sell to businesses in Likasi, a nearby town.


There are about 400 children from Kamatanda and other surrounding villages who contribute to the effort by sorting, carrying, or cleaning the mineral.

Katanga province contains more than 30 percent of the world's reserves of cobalt and 10 percent of copper, in addition to tin, gold and uranium, but many illegal workers and children are involved in the extraction process.

Isaac says he earns less than four dollars (three euros) each day in the mine, "and with that I can buy clothes and contribute to the expenses at home," he explains, his face still full of childhood innocence.

He is the third child in a family of eight, and when his parents could not afford the 30 dollars needed to pay his yearly school fee he joined his brothers and sisters in the mine.

Alphonsine Fumbi is one of the three teachers at the school in Kamatanda, which is made up of three rooms without doors or windows. She finished the school year with just 19 pupils, down from 37 when classes began.

Thirty percent of students in the school receive support from the Belgian non-governmental organisation Groupe One, which campaigns against child labour in the mines.

In 2009, "we identified 300 children in Kamatanda. We are trying to fund activities that generate revenue for the parents whose school children we will look after," Evelyne Kanjinga from Groupe One says.

The organisation's budget can only stretch to assure the studies of 150 children in Kamatanda, providing each with a payment covering the costs of enrollment fees, school uniforms and necessary equipment for class.

According to Kanjinga, some parents depend heavily on the income from "assistant diggers" and encourage their children to leave school and work in the mines.

Some of the seven children of 37-year-old mother Marie Mushiya have not received Groupe One's payment recently, so Mushiya has accompanied four of them down the pit herself, to show them how to earn a living from copper.

"When they quit their classes, they go back down the pits. The children want to study, but the parents lack the (financial) means," says Alphonsine Fumbi, a mother of six.

Three of Fumbi's own children previously worked as assistant diggers.

Modeste Kalamu is a rare example of a child who has made the journey in the opposite direction.

Eleven-year-old Kalamu dreams of being a head teacher one day, but he too quit his classes to work in the mines.

"I washed copper in water and often I carried the bags of sand right up to the river. I got 500 Congolese francs (less than a dollar) a day and used the money to eat," he recalls, adding he had no regrets when he left the mine.

A study by the United Nations Children's Fund in 2006 reported some 20,000 children working in mines in mineral-rich Katanga, a province as large as France. 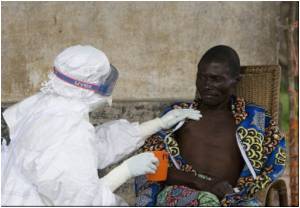 Hunger Claims At Least 700 Kids Lives a Day in DRCongo
The Democratic Republic of Congo health minister said Tuesday that at least 700 children under the age of five were dying from hunger a day in five of the strife-ravaged country's provinces.
READ MORE

DR Congo's All Black Orchestra Brings Mozart to Heart of Africa
200 people at a local church have succeeded in creating a concert hall orchestra to bring Handel, Beethoven and Mozart to Kinshasa, the heart of Africa, the home of the swaying Congolese rumba.
READ MORE