Did the Titanic Officer Twist Facts About Iceberg Collision to Avoid Negligence Claims? 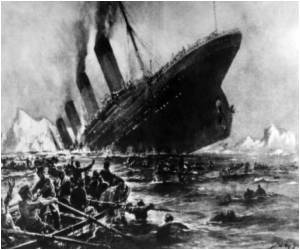 An officer who survived the Titanic had twisted facts about the iceberg collision to evade negligence claims, insurance documents have revealed.

Second officer Charles Lightoller had said at the time that when the lookouts reported ice dead ahead, the first officer immediately starboarded the helm, but the 46,000-ton ship struck a small low-lying iceberg, making a comparatively slight jar, the Mirror reported.

But, a new study into the claims has revealed that the iceberg was in fact 100ft high by 400ft wide and the ship was speeding through an icefield at night.


The crew had also failed to spot it in time.

Costs for Auto, Malpractice and Other Insurance may Vary as Per Study
Alterations in the costs for several major types of liability insurance may be done by the ......