Did an Ancient Indian Doctor Invent the Nose Job?

Looks like an Indian doctor working in 600 B.C. might have been the world's first plastic surgeon, according to a new exhibition that challenges Western domination of the history of science and technology. 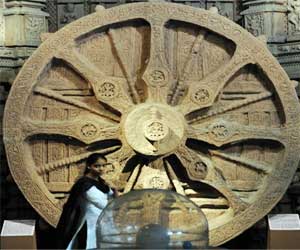 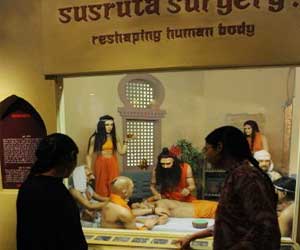 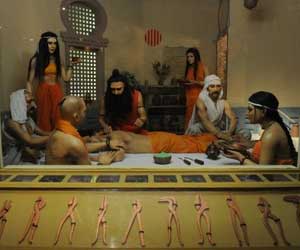 The Science and Technology Heritage Exhibition opened last week at New Delhi's National Science Centre, showcasing the advances and discoveries with which the country says it should be credited.

It is an attempt to promote India ahead of the Commonwealth Games next year and also to tackle the legacy of colonialism, which the director of the science centre says has left many Indians unaware of their proud heritage.

"Because of our colonial past, our students are forced to cram on Western science and technology and we want to tell the world of the strides which were made in India thousands of years ago," N.R. Iyer told AFP.

The plastic surgery claim relates to Susruta, who lived 150 years before Greece's "father of medicine," Hippocrates, and who lends his name to a number of modern Indian clinics.

Iyer, citing official records, said the surgeon pioneered nose reconstruction in northern India, which entailed removing skin from the forehead of a person to re-build the facial feature.

Criminals were often punished by having their noses cut off during his time.

He is credited with authoring the Susruta Samhita, a medical text which details 650 types of drugs, 300 operations, 42 surgical procedures and 121 types of instruments, according to available records.

The earliest documentation of Indian medicine is found in holy Hindu scripts of the Vedas compiled between 3,000 and 1,000 BC.

Physicist Manas Bagchi, who helped set up the science heritage exhibition, said India's achievements in pre-Iron Age sectors such as alchemy, astronomy, cultivation, metrology and metallurgy have been especially highlighted.

He also highlighted India's claim to have invented the mathematical zero.

Three civilisations had a notion of the zero, but Indians were the first to use it as the base numeral, giving it the shape '0' which is now used across the world.

"The world acknowledges numericals zero to nine began their voyage from India," he said at the science centre, which welcomes 500,000 curious people a year.

The event also showcased advances in zinc smelting in 800 AD, breakthroughs in astronomy between 400 and 1,000 AD, as well as multiple cropping technology practised by Indian farmers as far back as in 2,500 BC.

The organisers linked the new permanent show to the Commonwealth Games next year when 100,000 spectators are expected in New Delhi.

The Games, the biggest multi-sport event to be staged in India since the Asian Games in 1982, will feature 71 nations and territories from the former British empire and is expected to draw 6,000 athletes.

"This is an incredible opportunity for us to tell the international community from Commonwealth nations that India had a very advanced civilisation," Iyer, an electronics scientist, told AFP.

Other tourism roadshows ahead of the event are set to take place in London and other Western capitals.

Sensing a sunrise market in the heritage sector, New Delhi now plans to dig deeper into its past and go beyond the well-chronicled Indus Valley Civilisation of 2,500 BC.

Sircar said archaeologists, anthropologists and scientific curators will soon team up and study "the scientific interpretation of Indian heritage."

India hopes the upcoming Games will promote a modern image of the country, which has made impressive strides in its space programme and computer software industry.

Botox injections, the fastest growing cosmetic procedures, are considered as the ultimate fountain of eternal youth.

Hungarian women are celebrating fake beauty in a pageant where contestants showing breast implants, nose jobs and face lifts are bidding for the title of Miss Plastic Hungary 2009.

Nasal fracture is a break in the bones and/or the cartilages of the nose. They may be accompanied by displacement of the broken part.

Hemorrhage from the nose is known as epistaxis or nose bleeds. Epitaxis (Nose bleeds) may be a symptom of underlying disorders such as high blood pressure or bleeding disorders.