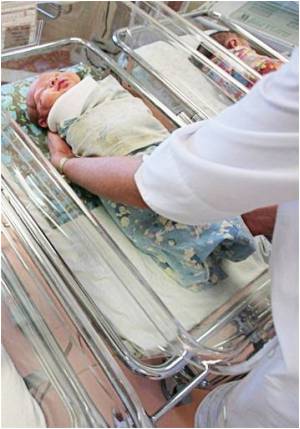 The POWER study has found that nearly half of women with diabetes prior to pregnancy have a potentially-avoidable C-section and their babies are twice as likely to die as those born to women without diabetes.

Researchers from St. Michael's Hospital, the Institute for Clinical Evaluative Sciences (ICES) and Women's College Hospital say rates of diabetes in Ontario have doubled in the last 12 years. Nearly one in 10 Ontario adults has been diagnosed with diabetes, including more women than ever before.


"We are seeing more younger women living with diabetes. In fact, while older men still have higher rates than older women, women under 45 are getting diagnosed at the same rate as men in that age group," says Dr. Lorraine Lipscombe, a scientist at the Women's College Research Institute at Women's College Hospital and ICES. "This trend is having increasing implications for younger women. With more women having babies later in life, we are seeing a greater number of women getting pregnant with diabetes. The POWER Study found that having diabetes before pregnancy significantly increases the risk of pregnancy and fetal complications."

A comprehensive article on diabetes - both Type 1 and Type 2 diabetes, including : causes, signs, symptoms, diagnosis, treatment, facts and a glossary on diabetes.
Advertisement
The POWER (Project for an Ontario Women's Health Evidence-Based Report) Study  a joint study from St. Michael's Hospital and ICES  is the first in the province to provide a comprehensive overview of women's health in relation to income, education, ethnicity and geography. The findings are detailed in the report titled Diabetes-the ninth chapter to be released as part of the study. Findings can be used by policymakers and health-care providers to improve access, quality and outcomes of care for Ontario women. The POWER Study was funded by Echo: Improving Women's Health in Ontario, an agency of the Ontario Ministry of Health and Long-Term Care.

"By identifying the provincial variations in diabetes care, the Local Health Integration Networks can now use this data for priority setting, planning and quality improvement activities," says Pat Campbell, CEO, Echo. "By implementing interventions at the policy, population health and practice levels we can reduce these regional inequities and improve the health of both men and women with diabetes."

The POWER study, released today, examined the impact of diabetes on Ontarians. Key findings include: "Infants born to women with diabetes are at much higher risk for serious complications -which can be prevented by controlling glucose and blood pressure levels at the time of conception and during pregnancy," says Dr. Gillian Booth, scientist at St. Michael's Hospital and scientist at ICES. "This reflects a need for more targeted pre-pregnancy counselling and better pregnancy care for this group of women."

"Diabetes is quickly becoming a worldwide epidemic, owing to a dramatic rise in type 2 diabetes - but most diabetes can be prevented," says Arlene Bierman, a physician at St. Michael's Hospital and principal investigator of the study. "We need to focus on preventing or reducing rates of diabetes among young women, one of the most vulnerable groups, and ensure that women who have diabetes get effective treatment," adds Dr. Bierman, also an ICES investigator.

Regular exercise especially in type II diabetes not only helps reduce the sugar but also reduces the demand for medication by 20% and helps you stay healthy.
Advertisement
<< Aerobic Exercise Improves Quality of Sleep in Insomniacs
Drug Combination That may Treat Traumatic Brain Injury Foun... >>

Find a Hospital Pregnancy Confirmation Calculator Blood Pressure Calculator Drug - Food Interactions Diaphragmatic Hernia Accident and Trauma Care Color Blindness Calculator The Essence of Yoga Find a Doctor Sinopril (2mg) (Lacidipine)
This site uses cookies to deliver our services. By using our site, you acknowledge that you have read and understand our Cookie Policy, Privacy Policy, and our Terms of Use