Diabetes Treatment Aims Not Met in The US Since 2005 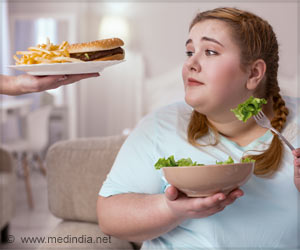 Improvements in diabetes treatment over the past two decades have not changed diabetes outcomes for American adults. This is disappointing despite several breakthroughs and medical technology advancements.

More than 30 million Americans are living with diabetes. Diabetes treatment is generally focused on controlling blood sugar, blood pressure, and cholesterol level, as well as promoting smoking cessation. A new study by investigators at Massachusetts General Hospital (MGH) published online in JAMA Internal Medicine suggests that the achievement of these targets has not improved for U.S. adults with diabetes since 2005.


Using 2005-2016 nationally representative survey and examination data from Centers for Disease Control and Prevention (CDC), the authors conducted statistical analyses to evaluate the cascade of diabetes care in the United States which is defined as diabetes diagnosis, linkage to care and achievement of treatment targets. They found that more than one in four U.S. adults with diabetes were not diagnosed, and nearly one in three were not receiving appropriate care for diabetes in the study period.


‘Fewer than one in four American adults with diagnosed diabetes achieve a controlled level of blood sugar, blood pressure, and cholesterol and do not smoke tobacco.’
Read More..


"Fewer than one in four American adults with diagnosed diabetes achieve a controlled level of blood sugar, blood pressure, and cholesterol and do not smoke tobacco. Our results suggest that, despite major advances in diabetes drug discovery and movement to develop innovative care delivery models over the past two decades, achievement of diabetes care targets has not improved in the United States since 2005," says lead and corresponding author Pooyan Kazemian, PhD, of the MGH Medical Practice Evaluation Center, and instructor in Medicine at Harvard Medical School (HMS).

"Barriers accessing health care, including lack of health insurance and high drug costs, remain major factors that have not been adequately addressed on a population level," says senior author Deborah J. Wexler, MD, MSc, of the MGH Diabetes Unit, and associate professor in Medicine at HMS.

The authors note that continued monitoring of diabetes care cascade can help shed light on the population-level steps required to improve diabetes care in the United States.

"Treatment advances in diabetes mellitus can meaningfully improve outcomes only if they effectively reach the populations at risk. Our findings suggest this is not the case in the U.S. and indicate an immediate need for better approaches to diabetes care delivery including a continued focus on reaching underserved populations with persistent disparities in care," says Wexler.