Dental Bib Clips Continue to Harbor Bacteria Even After Being Disinfected 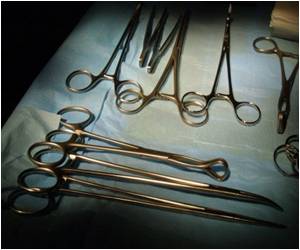 The full study titled "Comprehensive Analysis of Aerobic and Anaerobic Bacteria Found on Dental Bib Clips at Hygiene Clinic" will be published as a supplement to the April issue of Compendium of Continuing Education in Dentistry, one of the leading dental journals in the U.S., and is now available for download at http://www.dentalbibclipbacteria.com."The study of bib clips from the hygiene clinic demonstrates that with the current disinfection protocol, specific aerobic and anaerobic bacteria can remain viable on the surfaces of bib clips immediately after disinfection," said Addy Alt-Holland, M.Sc., Ph.D., Assistant Professor at the Department of Endodontics at Tufts University School of Dental Medicine and the lead researcher on the study.


"Although actual transmission to patients was not demonstrated, some of the ubiquitous bacteria found may potentially become opportunistic pathogens in appropriate physical conditions, such as in susceptible patients or clinicians."The study analyzed the clips on 20 dental bib holders after they had been used on patients treated in a dental hygiene clinic. The bib clips were sampled for aerobic and anaerobic bacterial contaminants immediately after treatment (post-treatment clips) and again after the clips were cleaned using disinfecting, alcohol-containing wipes (post-disinfection clips) according to the manufacturer instructions and the clinic's disinfection protocol. Led by Dr. Bruce Paster, Chair of the Department of Microbiology at the Forsyth Institute, microbiologists at the Forsyth Institute used standard molecular identification techniques and a proprietary, one-of-a-kind technology that can detect 300 of the most prevalent oral bacteria, to analyze the sampled bacteria from the bib clips. The analyses found: "The results of our analysis show that there is indeed a risk of cross-contamination from dental bib clips. The previous patient's oral bacteria could potentially still be on the clip and the new patient has a chance of being exposed to infection by using that same bib clip," said Dr. Paster. "It is important to the clinician and the patient that the dental environment be as sterile as possible; thus it's concerning that we found bacteria on the clips after disinfection.

This situation can be avoided by thoroughly sterilizing the clips between each patient or by using disposable bib holders."Researchers involved in the study hypothesized that bacteria found on bib clips after patient care could have been transferred from patients and clinicians to the clips in different ways:

In a previous study published in August 2012 by researchers at Tufts University School of Dental Medicine and the Forsyth Institute it was found that 20% to 30% of dental bib clips still harbor aerobic bacterial contaminants even after proper disinfection procedures. Rubber-faced metal bib clips were found to retain more bacteria than bib clips made only of metal immediately after treatment and before disinfection. Four other research reports have found bacterial contamination on dental bib holders, including research conducted by U.S. infection control specialist Dr. John Molinari, the University of North Carolina at Chapel Hill's School of Dentistry Oral Microbiology lab and the University of Witten/Herdecke in Germany.

Toothache
A toothache is a pain in or around a tooth that occurs due to various reasons that irritate the ......

Facial Swelling Symptom Evaluation
Facial swelling or swollen face may appear as a small swelling affecting a part of the face, or a .....