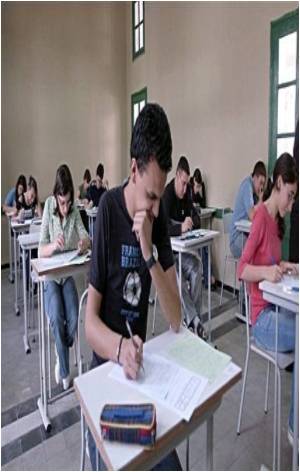 A new study claims that a slight delay in school start time can result in significant improvements in adolescent alertness, mood and health.

"Beginning at the onset of puberty, adolescents develop as much as a two-hour sleep-wake phase delay (later sleep onset and wake times) relative to sleep-wake cycles in middle childhood," the authors write in the July issue of Archives of Pediatrics and Adolescent Medicine, one of the JAMA/Archives journals.

The research also notes that, "adolescent sleep needs do not decrease dramatically, and optimal sleep amounts remain about nine to 9 1/4 hours per night."


Judith A. Owens, of the Hasbro Children's Hospital, Providence, and colleagues, analysed 201 students in grades 9 through 12 attending an independent high school in Rhode Island. For the purposes of the study, class start time was delayed 30 minutes, from 8 a.m. to 8:30 a.m. Furthermore, students were required to complete the online retrospective Sleep Habits Survey before and after the change in school start time.

A new study has shown that during puberty, teens may suffer from sleeping disorders and thus resort to alcohol to get sleep - increasing susceptibility to alcohol abuse at an early age.
Advertisement
The researchers note that after the delayed start time, "students reported significantly more satisfaction with sleep and experienced improved motivation. Daytime sleepiness, fatigue and depressed mood were all reduced. Most health-related variables, including Health Center visits for fatigue-related complaints, and class attendance also improved."

The later start was also associated with a significant increase in sleep duration on school nights of 45 minutes as well as a reduction in weekend oversleep (the difference between school day and non-school day wake times).

The percentage of students getting less than seven hours of sleep decreased by 79.4 percent, and those reporting at least eight hours of sleep increased from 16.4 percent to 54.7 percent.

Moreover, the percentage of students rating themselves as at least somewhat unhappy or depressed decreased significantly (from 65.8 percent to 45.1 percent), as well as the percentage who felt annoyed or irritated throughout the day (from 84 percent to 62.6 percent).

The study also found that after the delayed start, "students rated themselves as less depressed and more motivated to participate in a variety of activities and were less likely to seek medical attention for fatigue-related concerns in conjunction with the change in start times." Additionally, "despite the initial considerable resistance voiced by the faculty and athletic coaches to instituting the start time delay and the original intentions of the school administration to return to the 8 a.m. start time after the trial period, students and faculty overwhelmingly voted to retain the 8:30 a.m. start for the spring term."

Kyla Wahlstrom, of the University of Minnesota, St. Paul, writes in an accompanying editorial: "Given that Owens et al report similar findings to the earliest research, there is a growing body of evidence that changing start time for high schools is good for adolescents. So, the follow-up question is: 'Why aren't more schools changing to a later time?' The answer to that is actually very complicated...The time that a school starts is felt to be sacrosanct by those who have come to rely on it as a predictable part of their day and life.

"The role of data and factual information in discussing and advocating for changing school start times is key...when the first findings emerged in 1997, the question remaining at that time concerned the effect of the later start time on academic outcomes. Longitudinal research has since found several significant academic effects, such as decreasing the dropout rate, but a direct correlation between later start time and academic achievement on normed tests has not been substantiated."

Dr. Wahlstrom concludes: "In the end, having comprehensive information and impartial presentation of what is known, and not assumed, is needed to really begin the local dialogue. The community at large is, after all, the final arbiter, as all must truly live with the consequences. Our teenagers need and deserve our best informed thinking about all of this; having the facts in hand is the best place to start."

The PLoS Medicine Editorial and Self-Injurious Behavior in Adolescents

Non-Suicidal Self-injury (NSSI) is typically defined as the deliberate, self-inflicted destruction of body tissue without suicidal intent and for purposes not socially-sanctioned.
Advertisement
<< Heart Patients Hike Their Risk of Cardiovascular Death Thro...
This World Cup: A Football That Powers The Cell Phone! >>