Death of Singer Spotlights Violence Against Women in Peru 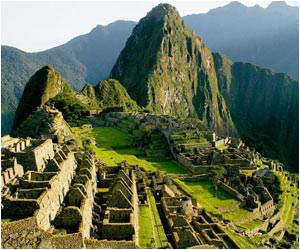 A nationwide manhunt has been launched by Peruvian police for the husband and suspected killer of Edita Guerrero, a telegenic singer whose death has sparked a rare discussion about violence against women.

Guerrero, a founding member of successful cumbia group Corazon Serrano, died of brain damage in March after being hospitalized in the capital Lima.

Several studies and anecdotal evidence go to show that domestic violence takes a serious toll of mental and physical health of women.
Advertisement

Her husband, Paul Olortiga, is suspected of beating the 30-year-old singer to death, and has been on the run since authorities issued a warrant for his arrest on Friday.


The case comes after actress and singer Magaly Solier spoke out against sexual harassment in May after a man masturbated behind her on a crowded Lima bus.

Divorce can be traumatic for children and create a sense of insecurity amongst them. Couples should realize that joined parenting is important even after divorce.
Advertisement
The two incidents have opened a conversation on violence against women in Peru, a socially conservative country of 30 million people where such issues are rarely discussed in public.

"We're asking women not to stay quiet and to report cases of abuse and violence," said Milena Justo, the head of women's rights group the Manuela Ramos Movement.

The government has no reliable statistics on domestic violence because reports are so rare.

According to the women's ministry, 131 women were victims of homicide last year in Peru, more than half of them between 18 and 34 years old.

"That's why women tend to keep quiet," she said.

Omonte has launched a program to encourage women to stand up for their rights together with the coach of the national women's volleyball team, Natalia Malaga, a former Olympian who is one of the country's most famous public figures.

"Women must speak up for ourselves and demand respect," said Malaga when they launched the program earlier this month.

"That's why there's so much violence in Peru," she added.

Solier, the 27-year-old star of award-winning film "The Milk of Sorrow," said the incident on the bus took place in front of dozens of passengers who did nothing to defend her.

Her public condemnation led the municipal transport authority to launch a plan to separate men and women on buses at rush hour, as countries including Mexico, Egypt, Japan and Malaysia have done.

Last year 88.4 percent of women in Lima were victims of sexual harassment in public, according to a study by the Manuela Ramos Movement.

Many are afraid to lodge complaints.

"In many homes in Peru and other countries, girls are still brought up to assume a role in society that is secondary to a man, accepting whatever he has in mind," said Angelica Fuentes, the Mexican director of a foundation aimed at empowering Latin American women.

"As women, we need to understand that all change starts with education. In many cases, we generate machismo ourselves through the differences between our children at home."

Machismo runs strong in Peru, where 65 percent of men think that if women wear provocative clothing they open themselves up to disrespect, according to a June survey by polling firm Ipsos.

"Violence and abuse against women are an epidemic throughout the region. The only difference is that today we are talking about the problem and there are voices emerging to condemn it," said Fuentes.

Protecting children from abuse and empowering them to exercise their right to safeguard their integrity was the highlight of the National Conference on Child Abuse in India.
Advertisement
<< Should People be Jailed for Committing Research Fraud?
Unrest and Struggle in Pakistan Gemstone Industry >>

Blood Donation - Recipients A-Z Drug Brands in India Vent Forte (Theophylline) Calculate Ideal Weight for Infants The Essence of Yoga Hearing Loss Calculator Blood Pressure Calculator Drug - Food Interactions Loram (2 mg) (Lorazepam) Find a Doctor
This site uses cookies to deliver our services. By using our site, you acknowledge that you have read and understand our Cookie Policy, Privacy Policy, and our Terms of Use