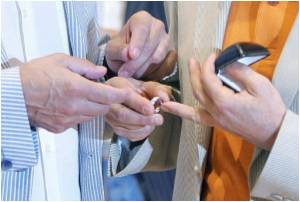 Milos Zeman, the Czech Republic's new President has ignited a row with the country's university community, after he blocked the professorship of a critic who marched in a gay rights rally.

In a move the council of higher education dubbed "an unprecedented interference" in academic freedom, the head of state refused to rubberstamp lecturer Martin C. Putna's nomination.

A literary historian and Catholic Church scholar at Prague's Charles University, 46-year-old Putna had openly criticised Zeman before his election to the top job in January.


Zeman gave no reason at first for refusing to endorse Putna Friday but spoke up this week after a backlash from the academic community, the media and fellow politicians.
Advertisement
The president, 68, said he took issue with the vulgar wording on a banner Putna had carried at a gay rights rally in 2011.

"The right to a sexual orientation is one thing and marching across Prague with that banner ... is another," Zeman said, quoted by the Pravo daily Tuesday.

Putna is among 65 people from across the country who had been tapped to become professor at a ceremony next month.

The president's seal of approval had long been considered ceremonial.

"If the president fails to sign (Putna's) nomination, it will be the first time in history and we'll have to find a solution," education ministry spokesman Marek Zeman -- no relation -- told the Lidove Noviny daily Tuesday.

Students have planned a pro-Putna rally Thursday at the Prague Castle, the seat of the presidency, and have invited the other candidates to turn down the title in a sign of solidarity.

The university's rector Vaclav Hampl is due to meet with the head of state over the affair -- which follows another headline-grabbing event involving Zeman this month.

Speculation swirled over whether he showed up drunk to a rare display of Czech crown jewels, after attending a reception at the Russian embassy.

His office denied the charge, attributing his staggering step and glassy eyes to a virus -- which immediately prompted Czechs to turn the word into a synonym for "booze fest".

Gay Rights Activists in Italy Hope for a New Coalition
Italian gay rights activists hope for a legal revolution after the introduction of the country's ......