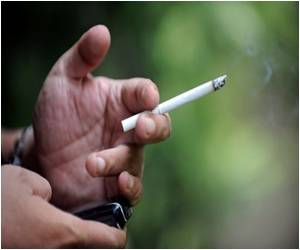 Smoking is commonplace at work, in taxis and even in hospitals in the tobacco-producing heartland of China -- the world's largest cigarette market.

Snatching a break, construction worker Yao Xinggang takes deep puffs on a cigarette through a traditional-style water pipe. He has a two-pack-a-day habit, but insists: "It's less harmful to health because the smoke is filtered through the water in the pipe."

Cheap cigarettes are a mainstay of daily life in the southwestern province of Yunnan. "A lot of people smoke here. It's all because of the local economy. Many tobacco companies are set up here in Yunnan," said Zhang Jie, as he lit up on the doorstep of his office in Baoshan.


The tradesman bought his packet of cigarettes for 10 Yuan (1.5 Euros). "It's good for the economy," he said of the tobacco industry. "It helps to boost farmers' incomes."
Advertisement
China has more than 300 million smokers, who consume more than a third of the world's annual cigarette production. Among men, 52.9% smoke according to the latest available figures from the World Health Organization (WHO), among the highest rates in the world. It is almost entirely a male habit, with little more than 2% of women addicted to the weed.

The Chinese state makes billions from the industry: 911 billion Yuan ($146 billion) in taxes and profits in 2014, an increase of 12% year-on-year. China National Tobacco Corporation, the state-owned firm that has a near-monopoly on the market, is by far the world's largest cigarette company, producing three times as many as its nearest rival, Philip Morris of the US.

But at the same time more than a million people a year die from tobacco-related illness in China -- roughly two a minute and a heavy social burden in a country with an ageing population and shrinking workforce. Curbing the habit has become a burning question for Beijing.

Raising cigarette prices has been proven to be the most reliable method to reduce consumption, and it is a cornerstone of the WHO Framework Convention on Tobacco Control. This recommends that at least 70% of the retail price of a cigarette is made up of taxes.

According to the WHO, when Russia imposed many of its recommendations in 2013, its number of smokers fell by 17% in the following year. But on current trends China will fall short of meeting its global goal to reduce smoking prevalence by 30% by 2025, it says.

Beijing ratified the convention in 2005, but many officials say they are concerned about the disproportionate impact on the poor, who spend a higher share of their income on tobacco. Higher taxes imposed by the government in 2009 were absorbed by CTNC, leaving retail prices unchanged.

Experts point to the financial and health benefits that a sharp decline in smoking would bring.

According to a study published last month in The Lancet medical journal, a 50% increase in the price of tobacco in China would result in an additional 231 million life-years in the following five decades.

Such an increase "can be a pro-poor policy instrument that brings substantial health and financial benefits to households in China, especially concentrated among the poorest socio-economic groups", said lead researcher Stephane Verguet.

On June 1 an ambitious tobacco control law comes into force in Beijing, banning smoking in indoor public places, workplaces and public transport, along with outdoor locations in schools, sports centers, and women-and-children's hospitals.

Violators can be fined 200 Yuan, and tobacco sales to minors online and through vending machines are also prohibited.

But the law -- limited to the capital -- is not the first such effort.

In 2011, under pressure from the WHO, China banned smoking in public spaces but implementation was lackluster at best.

Lack of awareness remains a deep-rooted issue in a country where adverts in schools have promoted smoking to "help you to think".

Zhou Fuzhong, a retired prosecutor from Baoshan whose teeth are blackened by nicotine, said he is aware of tobacco's harmful effects, and he forbids his children from smoking.

But he added: "Of all the people that I know and in my family, no one has ever fallen sick because of tobacco. On the contrary, they lived for a very long time. My third uncle smoked a lot and that didn't stop him from reaching 95."

Over 100 Fall Sick In China After Food Poisoning
Over 100 people at a village in China's Yunan province suffered a bout of food poisoning after a ......

Pfizer Stops Sale of Prevnar Vaccine for Children in China, No Explanations Given
The Prevenar vaccine helped prevent infections such as pneumonia, which killed an estimated 935,000 ...

China Struggles to Improve Organ Donation With Cultural Barriers and Black Market Concerns
Organ donation rate in China is extremely low because the national organ donation program was only ....