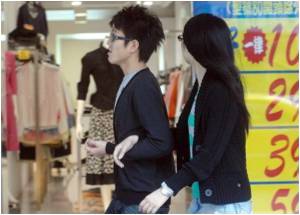 A lawmaker who had criticized overseas spouses for reducing the supply of available men in Taiwan was the target of strong protests on Friday.

Chang came under fire after she suggested that foreigners were reducing Taiwanese women's chances of getting married.


She told a parliamentary session on Thursday that Taiwanese men were importing "foreign women who are easy to control."

"That's why we have so many leftover women in Taiwan," she added.
Advertisement
Chiu Ya-ching, an organiser of the protest who is originally from Thailand, expressed anger at Chang's remark, saying it showed "no respect for women, especially for the new immigrants".

At the end of 2011, 427,000 Taiwanese men were married to foreign women, mainly from China and Southeast Asia, accounting for about eight percent of all married men, according to government data.

The data showed that 31,800 Taiwanese women were married to foreign men, but the figure could be understating the real number as it only counts couples residing on the island.