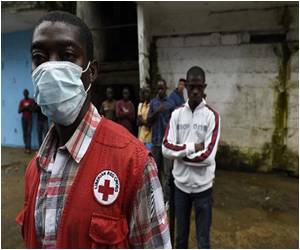 Men who are recovering from Ebola must wait at least three months after recovery before having unprotected sex, prescribes the current guidelines. This is in spite of a clear lack of research on male survivors of Ebola as reported in a new article.

This study was published today in Reproductive Sciences, a SAGE journal. "Our exercise demonstrated that the current recommendations to prevent the sexual spread of Ebola are based on one mere observation," the researchers wrote. "Despite the evident need to conduct more research, for now, health care professionals should strongly recommend sexual abstinence or condom-protected encounters for at least three months. "Drs. Walter Cardona-Maya, Paula Velilla Hernandez, and Daniel Henao studied research from 1977 to 2007 on men in the convalescent phase of the Ebola virus (i.e. symptoms were fading and they were in recovery).

They found only four studies that report male survivors of Ebola who donated convalescent semen. For these men, the virus persisted in their semen for an average of 66.6 days, and in one case, it persisted for 91 days. The researchers continued, "The current Ebola Virus Disease outbreak is the longest and largest we have ever seen. Nonetheless, our results clearly demonstrate how much we ignore about it. Larger studies are needed to establish the social, clinical and biological determinants of this neglected disease. "

Treating Ebola During Pregnancy
Spontaneous abortion, pregnancy-related hemorrhage, or the death of her newborn, is likely to occur in a pregnant woman in Africa who has contracted Ebola.
READ MORE