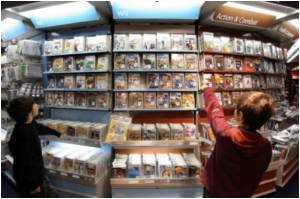 Those rough and thrilling driving-based computer games that adolescents play could be leading to reckless driving when they take to the roads for real, a study of teenagers' attitudes to road risks suggests.

With around 1000 people under the age of 25 killed on the world's roads every day, Kathleen Beullens of the Catholic University of Leuven (KUL) wanted to find out if simple racing games and more reckless "drive-'em-up" games might encourage real-world speeding and risk-taking.
Advertisement

She suspected it might, noting that "some drive-'em-ups give you points for driving into cars or even pedestrians".


Beullens, with colleagues Keith Roe and Jan Van den Bulck, questioned around 2000 Belgian 16 and 17-year-olds, both male and female, asking them how often they played racing and drive-'em-up games.
Advertisement
"I'll never know if they answered truthfully. But other studies suggest people respond honestly when assured their data is anonymised, as this was," New Scientist quoted Beullens as saying.

Two years later, she questioned those who had gained driving licences on how often they were willing to take risks in traffic, plus their attitudes to key safety issues like speeding and drink-driving.

The team found no statistically significant link between drink-driving at 18 and earlier exposure to games, but reckless attitudes to both speeding and risky driving were significantly linked with having played driving games at the age of 16 and 17.

The team added that their statistical model controlled for aggressive and sensation-seeking personalities, ruling that out as a factor in their results.

If the results can be firmed up in further studies, Beullens thinks it strengthens the case for safe driving campaigns targeted at young drivers immersed in gaming culture.

A spokeswoman for the UK-based Entertainment and Leisure Software Publishers Association, the trade association representing computer games firms, noted that Beullens's team admitted it has not demonstrated a causal link between driving games and risk-taking on the roads.

Source: ANI
Advertisement
<< UN Chief Warns That Concerns For Economy Must Not Derail Mi...
How Couples Deal With Divorce Can Be Understood From Verbal... >>