Colour Perception is Restored by Sleep 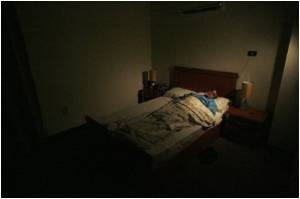 A new study says that sleep corrects the drift in color perception that occurs during wakefulness.

Results indicate that prior wakefulness caused the color gray to be classified as having a slightly but significantly greenish tint.

Overnight sleep restored perception to achromatic equilibrium so that gray was perceived as gray.


According to the authors, scientists had not previously investigated how sleep might affect the way we view the world around us.

"This is among the first studies to investigate the effects of sleep on perception," said principal investigator and lead author Bhavin Sheth, assistant professor of electrical and computer engineering at the University of Houston in Texas.

The study involved five people who viewed a full-field, homogenous stimulus of either slightly reddish or greenish hue. The observers had to judge whether the stimulus was greener or redder than their internal perception of neutral gray.

Across trials the hue was varied. One pair of monocular tests was performed just before participants went to sleep, and testing was repeated after participants slept for an average of 7.7 hours.

Further testing found that overnight, full-field monocular stimulation with a flickering red 'ganzfeld' failed to nullify the resetting, sleep-induced effect. An achromatic stimulus was still less likely to be classified as greenish following sleep, with no statistical difference in the magnitude of the resetting in each eye.

According to the authors, this suggests that color resetting is an internal process that is largely unaffected by external monochromatic visual stimulation.

The study was presented in San Antonio, Texas, at SLEEP 2010, the 24th annual meeting of the Associated Professional Sleep Societies LLC.

Circadian rhythm (also known as sleep/wake cycle or the body clock) is a biological process that follows an internal cycle of roughly 24 hours.
Advertisement
<< Parents' Relationship may be Strained by First Born Babies
Study Finds Why Common Drugs can Lead to Broken Bones >>