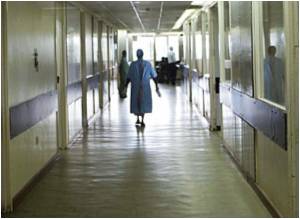 Lung cancer happens to be a prominent cause of cancer death worldwide, and the prognosis does not improve much even in the case of successful surgery.

Furthermore, the incidence of one type of lung cancer, adenocarcinoma, has been increasing in recent years. A better understanding of the changes in tumor cell biology that result in a more aggressive neoplastic phenotype (characteristic of an abnormal mass of tissue) that have been completely surgically removed may help identify patients at risk for recurrent disease and lead to the development of more effective therapeutic treatments. Tumor budding is one such characteristic that may provide insights on advancing the understanding of recurrence.


The term tumor budding refers to single cells or small clusters of up to four cells within the stromal tissue at the invasive margin of colorectal cancers. This morphologic feature is increasingly being recognized as an adverse prognostic factor. To progress in this understanding, a study featured in the September edition of the Journal of Thoracic Oncology (JTO) conducted the first study to evaluate tumor budding in adenocarcinoma of the lung.


In order to investigate the relationship between tumor budding and the prognostic significance, researchers reviewed the cases of 201 consecutive patients who had undergone complete resection of adenocarcinoma of the lung measuring ¡Ü 30 mm( 1.25 inches) in diameter. The presence of tumor budding was significantly associated with lymph node metastasis, pathologic stage, vascular invasion, lymphatic invasion, and pleural invasion. Furthermore, the overall five-year survival rates of the group with budding and the group without budding was 67.5 and 88.3 percent, respectively, and the difference was significant.

"Overall, the pilot study identified that tumor budding is a distinct morphologic feature that has biologic and prognostic significance; moreover, the presence was identified as a significant predictor of an unfavorable outcome," explained lead investigator, Yoko Yamaguchi, MD. "Justifiably, clarification of the molecular mechanism that causes budding in lung adenocarcinoma will be important in the future."