Classroom Environment and Its Effect on Children 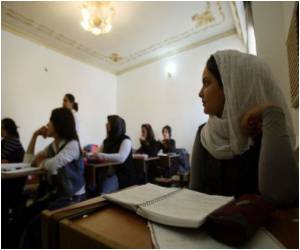 Infrastructure in classrooms and the attitude of teachers was found to have a big influence on the minds of children, according to U.S researchers.

Using a national sample of 10,700 children in the first-grade, researchers studied the impact of classroom environment on children's behavior, mood, learning and ability to form friendships. They also interviewed parents and teachers on these points.

A positive and comprehensive social environment in schools can protect children from smoking.
Advertisement

Study leader Melissa A. Milkie of the University of Maryland, said in a statement, "Sociologists and other researchers spend a lot of time looking at work environments and how they are linked to the mental health of adults, but we pay less attention to the relationship between kids' well-being and their 'work' environments - namely their schools and more specifically their classrooms."

"If teachers are feeling stressed out because they aren't getting what they need from their colleagues, that stress may carry over to the kids," Milkie said.

The positive impact of family relationships and religious affiliation could bring down the risk of teenagers getting involved with drugs, states a new study.
Advertisement
Advertisement
This site uses cookies to deliver our services.By using our site, you acknowledge that you have read and understand our Cookie Policy, Privacy Policy, and our Terms of Use  Ok, Got it. Close
×