New measures have seen New York's smokers puffing nervously and leaving them wondering how to afford their habit -- and even where to light up.

A tax increase earlier this month sent prices, already the highest in the United States, shooting to anything between 11 and 15 dollars a pack, or as much as 75 cents a smoke. 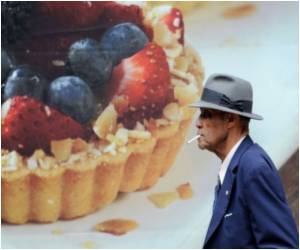 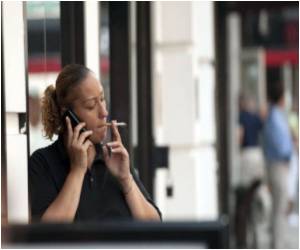 A woman smoking outside an office building in Manhattan 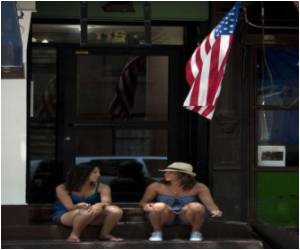 Two women smoke outside an appartment building in Manhattan

Then this week, Mayor Michael Bloomberg, a passionate anti-smoking ex-smoker, for the first time gave public backing to an idea aired by health officials to outlaw smoking in parks and on beaches.

"We're under assault from all sides," said film maker Tom Hruby, 50, as he pulled at a Pall Mall while chatting with a friend by Central Park. "Try to regulate the airspace of a park and you're one step from a fascist state."

Encyclopedia section of medindia briefs you about the History of Tobacco
Advertisement
"It's crazy," his friend and fellow smoker Arron Williams, 52, echoed. "Where are we going to smoke?"

The latest 1.60 dollar increase brought state taxes to 4.35 dollars a pack, on top of an existing city levy of 1.50 dollars. Officials say that latest hike should generate 440 million dollars in new revenues for the nearly bankrupt state.

But banning smoking in the city's many parks and long, popular beaches would take the crusade to an unprecedented level for Bloomberg, whose health conscious policies also extend to cracking down on fat and calories in city eateries.

The idea was first proposed by his health commissioner Thomas Farley, who blames smoking for 7,500 deaths a year in the city, more than AIDS, drugs, suicide and murder together. On Tuesday Bloomberg leant important support.

"We're talking about banning smoking on beaches and in parks and it's partially because you can breathe the air," he said. "It's in the open air, but the air wafts in your direction. But it is also because people take their cigarette butts and just throw them away."

Critics say police have better things to do than chase smokers and that exorbitant taxes are fueling an already booming black market. Tax increases are also driving smokers to buy their poison at half or less the New York price in other states, or from controversial, non-tax paying "smoke shops" on Indian reservations.

The idea of being driven to smoke in the bushes certainly infuriates the few who could be seen puffing on a sunny day in Central Park this week.

Mireya, a building supervisor who did not want to give her last name, said she was too addicted to give up her Marlboro menthols.

"With that last tax increase, a co-worker of mine gave up, she said 'that's it,'" Mireya said, enjoying an after-lunch puff on a park bench. "Of course I would give up if I could, but as long as it's not a crime, I'd like to be able to do it in public. I'm not getting drunk or high."

Like many smokers, Mireya, 55, saw the debate not as a health issue but a civil rights matter. "You know I love this country, but one of the things you love most is the freedom," she said.

Smoking is injurious to health, but it sure is a tough addiction to stop. Cure yourself with the power of ...
This site uses cookies to deliver our services.By using our site, you acknowledge that you have read and understand our Cookie Policy, Privacy Policy, and our Terms of Use  Ok, Got it. Close
×