Children who are chronically neglected by their parents are likely to have poor social skills, which in turn can make them aggressive in adolescence, says a new study.

While child neglect can include many different aspects, the study examined two: failure to provide for a child's basic needs and a lack of adequate supervision.


Failure to provide, which includes not meeting a child's basic needs for food, shelter and clothing, was the key aspect of neglect that linked to later aggression and delinquency.


The study also found that lack of adequate supervision did not link to the same outcomes, even after accounting for the contributions of other forms of maltreatment.

"When you have a neglected child whose basic needs are not being met, they are not getting the socialization that enables them to grow to be a happy adolescent and adult," said one of the researchers Patricia Logan-Greene from University at Buffalo in New York.

Failing to provide for children may result in poor hygiene or a tendency toward illness, making some of them unappealing to their peers, Logan-Greene said.

"These children are often rejected and lack the kind of social stimulation that would lead them to have positive, strong, social ties," she pointed out.

The researchers also found that boys are more likely to respond to chronic neglect with aggressive or delinquent behavior than girls.

For this study, the researchers considered neglect in terms of a continuum and examined effects of neglect across development using LONGSCAN, a comprehensive resource of maltreatment data, tracking not only neglect, but physical abuse, sexual abuse, emotional abuse and exposure to violence.

Their findings and the presence of a social connection suggest possible prevention strategies that Logan-Greene says are obvious and simple. The researchers concluded that interventions could improve their social skills.

The study is forthcoming in the journal Child Abuse & Neglect.

Friends Impact Our Social Skills, Not Relatives
Friends influence a person so much greater on developing social skills than family, suggests a new study.
READ MORE 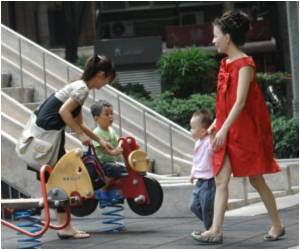 Social Skills Not Affected When a Child Grows Up Without Siblings
Social skills of children are not affected if they grow up without siblings, a new research has revealed.
READ MORE 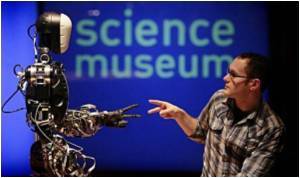 Robots With Social Skills May Result from a Child-mother Interactions Study
Researchers are studying infant-mother interactions and working to implement their findings in a baby robot capable of learning social skills.
READ MORE