Chipotle is the first to adopt this policy saying that food with GMO hasn't been proven safe for consumption and the environment. "There is a lot of debate about genetically modified foods," said Steve Ells, Chipotle's founder, chairman and co-chief executive, in a statement.

"Though many countries have already restricted or banned the use of GMO crops, it's clear that a lot of research is still needed before we can truly understand all of the implications of widespread GMO cultivation and consumption," he said. "While that debate continues, we decided to move to non-GMO ingredients."


The fast-growing Chipotle Mexican Grill, which has built its brand on "food with integrity", began disclosing the presence of controversial GMO ingredients in its food in March 2013, and promised to eliminate all of them.


The company announced Monday that it had achieved that goal in its 1,800 restaurants, including both Chipotle and its ShopHouse Southeast Asian Kitchen chain.

The company said government data shows that 94 percent of corn and 93 percent of soybeans grown in the US came from GMO strains in 2014, making it difficult for consumers to avoid consuming genetically engineered foods in restaurants or buying them at the grocery store.

Much of Chipotle's GMO use involved soybean oil, which it has now replaced with sunflower oil to cook its chips and taco shells, and rice bran oil for all other uses. None of the commercially available sunflower and rice bran oils are made with GMOs, it said.

The company also replaced GMO ingredients in its corn and flour tortillas with non-GMO alternatives. The Denver, Colorado-based company said the move to non-GMO ingredients did not significantly raise ingredient costs or force price-rises.

Chipotle also said it was moving toward removing the few remaining artificial ingredients from its menu, only found in its tortillas, such as preservatives and dough conditioners. Ells said that goal would be difficult to reach but new tortilla recipes were showing promise. Last week Chipotle posted $122.6 million in first-quarter earnings, a jump of 48 percent from a year ago.

But it forecasted slower sales growth for the full year, in part due to shortages of its popular pork carnitas dish since Chipotle suspended a pork supplier earlier this year over "inhumane" practices.

Shares in Chipotle were up almost one percent at 643.80 in morning trade on the New York Stock Exchange. 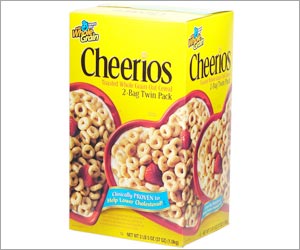 GMO-Free Cheerios Promised by General Mills
Producer General Mills, in an answer to the growing customer concerns, recently announced that Cheerios will not be made with any genetically modified ingredients
READ MORE

Food Environment Must be Changed So That People Automatically Make Healthy Choices
Unfortunately, public health messaging focuses on maintaining a 'healthy weight' through calorie-counting but it is the source of the calories that matters.
READ MORE

'Burritos Not Bullets' Campaign Prompts US Fast-food Chain to Say No to Guns in Restaurants
Popular US fast-food chain Chipotle made an unusual request at a burrito restaurant, asking customers to leave their guns at home after some showed up carrying assault rifles over the weekend.
READ MORE

Why Do We Eat - Nutrition FactsDiet Lifestyle and Heart DiseaseGenetically Modified FoodHunger Fullness and Weight ControlLabel Lingo on Food Items: DecodedTips for Healthy Fasting During RamadhanTop Diet Foods that Make you FatTop Food for DietersSelenium - Natural Source Better than Supplements
Sign up for Wellness Consult a Doctor Sign up for Selfcare