Cat Out of the Queens Handbag 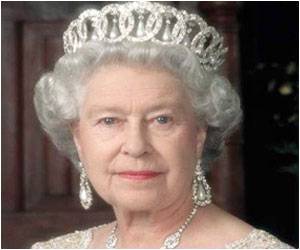 Curiosity has had people fencing for long if Queen Elizabeth II carries cash in her ubiquitous handbag.

And after much speculation it has finally been revealed that alongside her must-have lippy and compact mirror she does carry a 'precisely' folded 5 pounds or 10 pounds note - but only to donate to the church on Sundays, according to royal biographer Sally Bedell Smith.

Smith unlocked the secrets inside Her Majesty's bag in her new book, Elizabeth the Queen: The Woman Behind The Throne.


Speaking to The Lady magazine the author said the monarch's handbag usually contains every day items like reading glasses, a fountain pen and mint lozenges, the Daily Mail reported.
Advertisement
But the crisply folded note for church collections was not the only surprise as it was revealed she is also known to carry a portable hook to hang her bag discretely under tables.

"I watched the Queen open her handbag and remove a white suction cup and discretely spit into it," Jean Willis, one of the Queen's cousins is quoted in the magazine as saying.

"The Queen then attached the cup to the underside of the of the table. The cup had a hook on it, and she attached her handbag to it," Willis added.

However it not the first time an author has bid to disclose the secrets inside the 85-year-old's bag and in 2007 the book What's In The Queen's Handbag: And Other Royal Secrets.

That book claimed there was no cash inside her bag but it was instead often filled with good luck charms given to her by her children and family snaps.

Many Parts of the World Still Cannot Afford the Internet,says Queen
Queen Elizabeth II has praised the achievements in the field of science and technology but ......