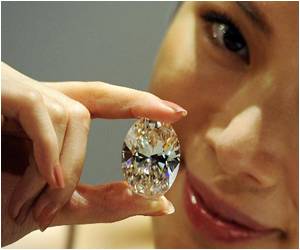 The Paris exhibit on Cartier boasted of the royal diadem worn by Kate Middleton and hundreds of glittering treasures.

"Jeweller of Kings and King of Jewellers" was how King Edward VII dubbed the house, half a century after Louis-Francois Cartier founded what would become the world's largest jeweller in 1847.

It was certainly to Cartier that the Maharaja of Patiala turned when he travelled to France early last century from India's Punjab laden with treasure.


"He arrived in Paris in 1928 with chests packed full of antique jewels and asked Cartier to rework them in a modern style," the curator of the Cartier collection Pascale Lepeu told AFP.
Advertisement
The result, one of the pieces on display: a necklace of five diamond-studded chains large enough to cover his whole chest.

The show running until February 16 under the famous glass roof of the Grand Palais exhibition hall is the largest ever devoted to Cartier.

With items dating from the 19th century to the 1970s, it highlights the styles that influenced the house over the years, from Marie-Antoinette to the Art Deco movement, to Russian, Indian and Chinese trends.

Most of the 600 pieces on show belong to the house, which decided in the mid-1980s to start buying back historic pieces, at auction or from antique dealers.

It tracked down the maharaja's necklace in 1998.

Others are high-profile loans, including from Queen Elizabeth II who made available the tiara Cartier created in 1936 for the British royal family, which the queen lent to Prince William's bride for their wedding last year.

Known as the "Halo" and set with 739 brilliant and 149 baton diamonds, it was bought by George VI before his coronation for the Duchess of York, now the Queen Mother, who presented it to Elizabeth on her 18th birthday.

Also on loan from the queen, an exceptional 23.6 carat pink diamond, gifted to Elizabeth for her wedding and set into a flower-shaped brooch by Cartier.

And 18 of Cartier's so-called "Mystery Clocks" -- whose diamond hands appear to float in thin air -- have been brought together for the first time for the exhibit.

"These are the essence of Cartier," Lepeu said. The first was created in 1912, at a time when it took a year to build just one.

Grace Kelly's diamond engagement ring is on show alongside the extravagant jewels of the Mexican actress Maria Felix, such as a snake necklace made from 2,473 diamonds and emeralds.

The show closes with an example of Cartier's iconic panther, a majestic creature of platinum, gold and diamonds mounted on a smooth sapphire.

"We are experiencing a golden age," Cartier's chairman Stanislas de Quercize told AFP. "We have never created as much, and demand is high from all around the world."

Among the leading symbols of French luxury, with more than 300 stores worldwide including its Paris flagship on Rue de la Paix, Cartier enjoyed sales of four billion euros (more than $5 billion) in 2012 and could hit five billion euros this year.

China has accounted for the lion's share of its growth in the past decade, today accounting for up to a third of turnover.

Cartier remained in family hands until 1964, with its founder's grandson Louis -- a passionate watchmaker -- taking the jewellery firm into watchmaking between the wars.

Today Cartier is owned by the Swiss luxury group Richemont alongside the likes of Van Cleef & Arpels.

Business aside, for the head of France's national museums Jean-Paul Cluzel, Cartier is an integral part of French heritage.

"The show is not about promoting a brand, but about analysing a style as seen by heritage experts and art historians," he writes in the show catalogue.