Early Detection of Cancer by DNA Rings Proved in Mice

Stanford University School of Medicine investigators inserted tiny DNA rings into the genes of mice, which caused cancer cells to emit a substance that could be detected from a blood sample.


A blood-detectable biomarker is encoded in the DNA rings, and can enter both healthy cells and cancer cells. But only cancer cells follow the steps to make the biomarker.


"The challenge for those kinds of biomarkers is that they're rarely very specific and often not made in sufficient quantities," Sanjiv Sam Gambhir, professor and chair of radiology and director of the Canary Centre at Stanford for Cancer Early Detection, said.

The scientists, by a blood test, showed a marker that was detected 48 hours after the mice with tumours produced. This marker was not produced the mice that did not have the tumour.

The DNA minicircles are comprised of tiny rings of DNA and turn on the cell's machinery to make RNA. The RNA makes a protein, which then serves as a cancer biomarker. Embryonic alkaline phosphatase (SEAP) is the marker in this case.

Gambhir said, "We want to translate this strategy into humans, so we've set it up in a way that's most likely to be effective, safe and convenient".

He added, "Although the minicircles were injected intravenously to the mice in this study, it should eventually prove possible to deliver them orally via a pill. We haven't got it down to a pill yet, but the oral delivery part of this is likely a solvable problem only a few years off, not five or 10 years off."

Gambhir cautioned that it would take much more time than that to prove that the approach was safe to use in humans, though. 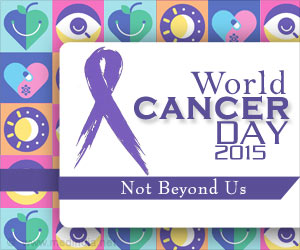