All of Us Suffer from an Illusion of Objectivity: David Armor, Yale Psychologist 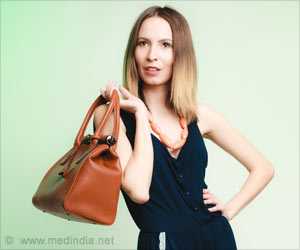 Can Women Take Smart Decisions? If you were asked to respond "Yes/No" to this question, there is every likelihood that, apart from some good humored jokes about women and decision making, your response would emphatically be in the affirmative.

The uncomfortable fact is that you probably believe that women are incapable of making smart decisions.


These reflect the hidden biases all of us suffer from. Most of us have grossly delusionary and inflated self-perceptions of how ethical or unbiased we are. The Yale psychologist, David Armor, calls this "the illusion of objectivity". When quizzed, we are likely to say that we believe women to be smart, that they can do a job as well as any man, that they have the talent to rise to the top of the hierarchy and that we do not believe professionalism is gender driven. In other words, we believe we are fair, open-minded, unbiased and objective.


Following years of collaborative research, Professor Mahzarin Banaji of Harvard University and Anthony Greenwald of the University of Washington demonstrated that all of us hold unconscious, or implicit, biases which can be contrary to our consciously held, explicit beliefs. They conclude that the prevalence of these biases suggests that even the most well-meaning person unwittingly allows unconscious thoughts and feelings to influence seemingly objective decisions. Their research exposed, for instance, how we might consciously believe that a candidate's race, physical features, color, sexual orientation or gender might have nothing to do with our hiring decision and yet, unconscious biases actually drive us into taking flawed decisions.

Consider an example. What would you feel is our attitude towards the elderly? Hardly anyone is likely to have seriously negative views about old people. We are likely to consider them as being benign and kind, possibly a bit slow in their movements, but our overall impression is hardly likely to be anti-elderly. However, tests have demonstrated that our feelings towards the elderly are anything but warm and friendly. Indeed, 80% of Americans have a stronger and automatic preference for the young over the old. Furthermore, ageism is one of the strongest implicit biases visible in every country, including in Asia.

So, what could be the reason? Banaji and Greenwald argue that there are many negative stereotypes associated with the elderly in our culture - "loneliness and isolation, poor health, weak bodies, fading looks, diminished sensory capabilities, incontinence, impotence, memory problems, dementia, Alzheimer's, and so on" - none of which we find particularly appealing.

Studies have also demonstrated the strong influence our external environment has on the way in which we unconsciously think and behave. Indeed, our social milieu influences our attitude towards "others": the elderly, women, the gay community, Muslims, the physically and mentally challenged, Dalits, the poor and homeless (social media comments following the court judgment in the Salman Khan hit and run case may be recalled), physical looks [who wants to be fat!], etc. But when questioned, we are likely to claim that we are free of biases and that our decision making is based solely on objective criteria. Unfortunately, this is not true. The problem is that the flawed decisions we take, based on our hidden biases, seriously and negatively impact company performance.

Let us consider our attitude towards women as professionals. SEBI has issued instructions that all listed companies must have a woman on the board as director or face legal consequences. Despite this standing instruction, several companies, including public sector undertakings (PSUs) are yet to comply with the order. A few forward-looking companies had women on the Board even before the SEBI order. But, for the majority, the order came as a shock. Some tried to mechanically comply and, consequently, through word-of-mouth and personal association, some women became directors in boards of several companies. Many others claim they simply have not been able to find the "right" woman for the job.

The bias, which many would hotly deny, is that company performance and the professional world are implicitly seen as an exclusive male domain. This is not restricted to India or to Asia. Even in America, as Sheryl Sandberg of Facebook points out in her celebrated book Lean In, professional women face a significant challenge because men still hold the vast majority of leadership positions in government and industry. Women are simply not considered to be right enough.

Persons at middle and senior management I have spoken with confess that having women in the board requires a fundamental shift in attitudes. While they are comfortable in seeing women in the work place (as an example of their explicit objectivity: women have an equal right to work as professionals), this is usually in non-threatening jobs. Many argue, for instance, that women have the exceptional "soft skills" that most men lack. What they actually mean (implicit bias) is that women cannot take hard decisions and that they are risk averse. In other words, there are only certain kinds of jobs that women are capable of handling and being a member of the Board is a challenge they are not geared for.

Chambers of commerce and industry have, consequently, started collaborating with business schools to organize training programs for women professionals to help them to learn new skills and upgrade existing ones. Indeed, the SEBI order has opened up a lucrative business opportunity. Women see an exceptional and unanticipated opportunity to substantially enhance their income by joining as a member in multiple boards. They are willing, therefore, to undergo training programs that certify their professional competence and, hence, facilitate their entry into the board.

The problem with such training programs is that they reinforce the sexist bias that women are incapable of assuming higher responsibilities and if they are, indeed, to take that extra step, they need to be made professionally competent. This, most certainly, is not likely to bring about the attitudinal change that sees women as being unequal.

Training programs optimize efficiencies and cannot, by definition, be gender-driven. B-schools, consequently, need to focus on improving the decision-making process in companies. This requires training all members of the management team, irrespective of gender. It is only when the shift from "some" to "all" employees becomes part of our implicit thinking that we would address our hidden biases and bring about the long-awaited and much-needed shift in attitude. Till then, we are not likely to accept women as professionals capable of taking smart decisions.