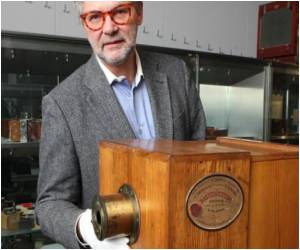 The work, a rumpled bed surrounded by the intimate debris of empty bottles of vodka, cigarette packets and condoms, attracted controversy when it was shortlisted for the 1999 Turner Prize, prompting a debate about the state of contemporary art.

Among the most well-known pieces produced by the Young British Artists generation of Damien Hirst and Sarah Lucas that came to prominence in the 1990s, the installation had been priced at between £800,000 and £1.2 million ahead of the sale at Christie's auction house.

Emin, 50, has said that the bed reflects a tumultuous period in her personal life, when she was suffering from a broken heart, and is a comment on the relationship between her life and her work.
Advertisement
The artist was present in the crowded auction room as applause broke out when the piece was sold.

Emin told the BBC she felt sad about the sale, which was auctioned to support the work of the Saatchi Gallery Foundation.

"I don't know where it's going. It's quite scary, it's out of my control completely. Not that I'm a giant control freak. But I really care about the bed, and I really love it," Emin said, adding that she hoped a benefactor would buy it and donate it to a museum.

Christie's did not immediately disclose the identity of the buyer.

Including the buyer's premium, 'My Bed' sold for £2.5 million, which the auctioneers said was a world record for Emin's work at auction.

Emin, one of Britain's most famous living artists, is known for using her personal life as material for her artwork, such as in 'Everyone I Have Ever Slept With 1963-1995', a tent decorated with names of her former lovers, which was destroyed in a fire in 2004.

Source: AFP
Advertisement
<< Drug Everolimus Does Not Improve Overall Survival in Advanc...
One in Six Adolescents Visiting the ER Has Experienced Dati... >>

Alfa Romeo Driven by Mussolini Sold for $240,000 in Auction
An Alfa Romeo convertible that was Italian dictator Benito Mussolini's official car has been sold .....