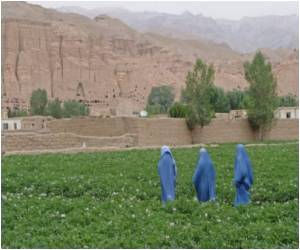 Virgin Galactic is on track to offer commercial space travel within 18 months, billionaire entrepreneur Richard Branson has said. He added that space hotels are next on the drawing board.

The project's SpaceshipTwo, an aircraft built by aviation engineer Burt Rutan and designed to carry paying customers into suborbital space, had its maiden flight in the California desert in March.


"We just finished building SpaceShipTwo. We are 18 months away from taking people into space," Branson told a business conference in Kuala Lumpur, adding that the fare will start at 200,000 dollars.


Virgin Galactic, which aims to become the world's first commercial company to promote space tourism, has already collected 45 million dollars in deposits from more than 330 people who have reserved seats aboard the six-person craft.

Branson also has visions of establishing hotels in space, which well-heeled tourists can use as a base for shuttle flights over the moon.

"We are looking at hotels in space. We love the moon," the tycoon said, adding that he was also interested in launching "small satellites into space" for the benefit of schools and universities.

Under Branson's brainchild scheme, the SpaceshipTwo craft is to be launched into space with the help of mothership White Knight Two (WK2).

WK2 will carry SpaceshipTwo to an altitude of around 16 kilometres (50,000 feet) before dropping the smaller spaceship and allowing it to fire up its rocket motor to blast up to the brink of space.

Once it has reached suborbital space, SpaceShipTwo passengers will be able to view the Earth from portholes next to their seats, or unbuckle their seatbelts and float in zero gravity.

Branson has a 20 percent stake in Malaysia-based long-haul budget carrier AirAsia X which flies to Asia and Europe. 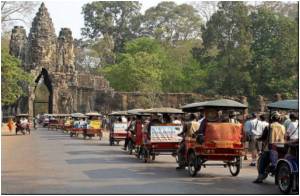 Casinos Give a Thrust to Tourism in Singapore
Casinos in Singapore are a major attraction to tourists and analysis has revealed that the number of arrivals in a single month has exceeded the one million mark in July.
READ MORE