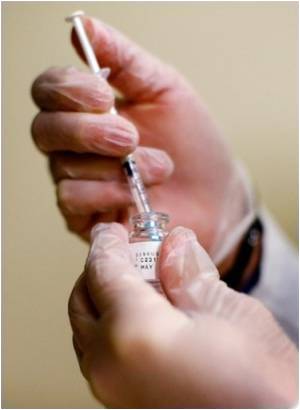 Apart from removing signs of aging, botox can also be used to treat people who are suffering from low cerebrospinal fluid (CSF) headaches according to a new study conducted by researchers at Mayo Clinic.

People who have the condition suffer from headaches that are caused by the leaking of internal spinal fluid, often triggered by lumbar puncture. The only effective way of reducing the pain is by lying down for some time due to the lack of any effective therapies.

However the study conducted by Mayo Clinic has raised hopes that a treatment is on its way, though a more extensive research is required. The study was conducted on a female patient who suffered from low CSF pressure headaches for the last 25 years.


The patient has constantly undergone botox treatment for three years and researchers found that after each treatment, the patient's intensity of headaches has dropped significantly. The researchers said that the treatment lasts for around 3 months before another course of botox is required.

Botox or Botulinum toxin A is widely employed in the cosmetic industry due to its anti-ageing properties.
Advertisement
"We had been using Botox for several years for treatment of migraine and had been successful in many patients. And because we really didn't have anything else to offer her, we gave her the Botox. To everybody's surprise she made a remarkable improvement. The intensity of the patient's headaches dropped from 8 out of 10 on a visual pain scale to 3 out of 10", lead researcher Dr Michael Cutrer said.

A Jab Of Botox Can Relieve Chronic Pain!

According to a new study Botox is more than just a solution to beat wrinkles. It can even be used as a pain medication to fight Chronic Regional Pain Syndrome (CRPS).
Advertisement
<< FDA Approves Device to Treat Brain Tumors
Artificial Pancreas Improves Blood Sugar Control >>