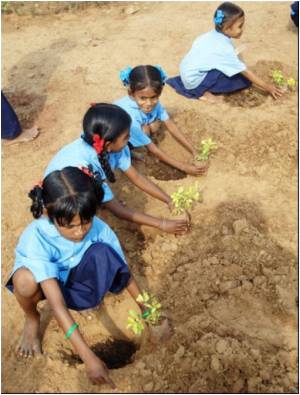 Over the weekend, border guards of India and Bangladesh planted saplings to raise awareness among people about climate change and the need to protect the environment.

UP Plans to Plant Ten Million Saplings on a Single Day

Uttar Pradesh is set to create probably a world record by planting 10 million saplings on a single day.
Advertisement

An exchange program of saplings was organised under the name of 'My Earth My Duty.'


The commandant of the BSF's 160 battalion, S. L. Negi said that such a novel idea deserved equal participation from people on both sides of the border.

In keeping with its glorious tradition of Cleaning through Greening the army launched an afforestation drive in the new military station at Gangtok recently.
Advertisement
"We thought that we must gift some trees to our counterparts, the Bangladesh Border Guards, for planting them on the border areas. And, we have already planted thousands of plants in our are of responsibility, and this campaign is being run all over India," he said.

The program, started by the BSF Wives Welfare Association (BWWA), began from Saturday would be going on for the next six days till August 23.

Every Saturday is 'Environment Day' for Chandigarh Kids