Blackcurrant Juice May Help Prevent Aches And Strains of Exercise 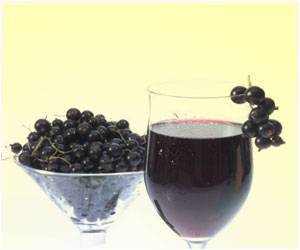 A new study has shown that drinking blackcurrant juice can help prevent aches and strains during exercise.

Researchers say compounds called flavonoids in the berries protect the body from the stresses of working out.

The experiment, led by Dr Roger Hurst at New Zealand Institute for Plant and Food Research, monitored the impact of blackcurrant extract on 10 untrained volunteers.

The healing effects of yoga benefit those suffering from backpain, by alleviating their pain and also preventing its recurrence.
Advertisement
'In our research we chose a group of 10 healthy everyday people with a wide age range who exercised regularly and measured biochemical indicators to assess the effect of taking the blackcurrant extract capsules before and after exercise,' the Daily Mail quoted Hurst as saying.

The new study has been published in the American Journal of Physiology - Regulatory, Integrative Comparative Physiology.