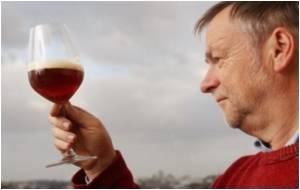 Scientists have finally solved the mystery of 'beer goggles' - a phenomenon where less attractive people suddenly become more appealing when the onlooker has tipped back a pint or two.

According to researchers who tested the idea on both sober and inebriated college students in England, alcohol dulls people's ability to recognize cockeyed, asymmetrical faces, reports Discovery News.

To find out if alcohol interfered with the ability to distinguish faces where the left and right sides were uneven, Lewis Halsey of Roehampton University in London and his colleagues designed an experiment involving images of faces that were tinkered with to make them perfectly symmetrical or subtly asymmetrical.


This included students taking a quick breathalyzer test to confirm their alcohol consumption. The students were classified as either sober or intoxicated, then examined the images.
Advertisement
Twenty images of a pair of faces - one symmetrical, the other asymmetrical - and then 20 images of a single face were shown, one at a time, to 64 students. Participants were asked to state which face of each of the pairs was most attractive. They also had to determine whether each of the single faces displayed was symmetrical.

The researchers found that sober students had a greater preference for symmetrical faces than did the intoxicated students. And it turned out that the sober students were better at detecting whether a face was symmetrical.

What's more, the data suggest that men were less prone to losing their symmetry-detecting ability when intoxicated than women, which was unexpected, Halsey said.

The difference probably has something to do with the tendency for men to be more visually oriented and more stimulated by what they see, he said.

The results of the study were published in a recent issue of the journal Alcohol.