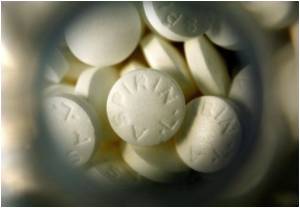 The innermost structure of a key bacterial enzyme that helps in fighting diseases was studied and reported upon by a team of scientists, which included two middle school students.

It helps activate certain antibiotics and anti-cancer agents so that those substances do their job.

Doctors can lower the risk for patients in the Intensive Care Unit (ICU) with the help of the electronic drug information system AiDKlinik , which reduces the number
Advertisement


The student co-authors of the study are from Edgewood Campus Middle School in Madison and participated in Project CRYSTAL, a special program that provides middle school students with hands-on laboratory experience.

Polyphenol Has Varying Effects on Cancer, Heart Disease Depending on the Dose

A new research published in the November 2007 issue of The FASEB Journal hypothesizes that the next cancer drug might come straight from the grocery store.
Advertisement
In the report, study leader Hazel Holden and colleagues note intense scientific interest in a chemical process called methylation, which increases the activity of DNA, proteins, and other substances in the body by transferring methyl (CH3) groups to them. Special enzymes called methyltransferases make methylation possible, and these proteins are very important in a myriad of key biological processes.

Holden and colleagues studied a bacterial methyltransferase involved in the production of tetronitrose, a component of the promising anti-cancer agent, tetrocarcin, and the antibiotic kijanimicin.

The methyltransferase seems to play a key role in activating these disease-fighters. The scientists identified the 3D structure of this methyltransferase, a key step in determining how it works and how it might be modified for potential use in medicine.