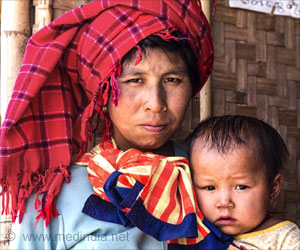 Now, the bad news: The target for IMR reduction was 67 percent; it has fallen 10 short of the target 27 that India agreed to under the 2015 millennium development goals (MDGs), set in consultation with the United Nations. India has also not achieved the IMR target of 30 that the government itself set for 2012.

To get an idea of India's global standing, compare its 2015 IMR average of 37 with IMRs of 35 for 154 low- and middle-income nations; five for 26 north American nations and three for 39 nations in the Euro area.


There were wide variations in IMR - a bellwether of national health - across India, according to the latest report from the Sample Registration System (SRS) bulletin, with smaller, more literate states reporting IMRs close to or better than richer countries and larger, poorer states reporting more deaths than poorer countries, indicating the uneven nature of healthcare.

Singapore has shown keen interest in assisting Karnataka to reduce the maternal and infant mortality rates in the state.
Advertisement
The overall improvement in IMR over a quarter century is likely linked to a variety of government interventions, including institutional deliveries and providing iron and folic-acid tablets to pregnant women, and rising incomes and living circumstances since economic liberalisation in 1991.

Of 36 Indian states and Union territories (UTs), the lowest IMRs were reported from Goa and Manipur with nine infant deaths per 1,000 live births - that is the same as China, Bulgaria and Costa Rica and one better than the consolidated figure for Europe and Central Asia, according to 2015 World Bank data.

In contrast, Madhya Pradesh reported India's highest IMR with 50 infant deaths per 1,000 live births, or worse than Ethiopia and Ghana and marginally better than disaster-wracked Haiti (52) and unstable Zimbabwe (47), but better than its 2014 rate of 52.

In terms of MDG progress, from the larger states, only Tamil Nadu has met its state MDG target with a reduction of 67 percent in IMR to reach 19 infant deaths per 1,000 live births in 2015. Sikkim, Manipur and Daman and Diu have all achieved a two-third reduction from their 1991 estimates. Goa, Maharashtra, Puducherry, Punjab, Jammu and Kashmir, Arunachal Pradesh and Odisha have all come very close to achieving their MDG state-specific targets.

The factors that impact the IMR also reflect the well-being of a nation. Environmental and living conditions, rates of illness, health of mothers and their access to quality pre- and post-natal care contribute to infant survival rates.

Just as rural-urban differentials in the IMR are sizeable and significant, so too are the differentials by wealth. In other words, babies born in poorer families tend to die in larger numbers. The poor are the most vulnerable to health disadvantages and the IMR tends to reflect that.

However, these inequities in mortality reflect not just differences in access to health services for both children and mothers but also inadequacies of India's public health system and its inability to deliver quality and equitable services.

In 2013, neonatal mortality contributed to 68 percent of all infant deaths in India, and it will continue to represent an increasing proportion of child deaths. The prime minister's Maternity Benefit Scheme - which appears to be a universalisation and expansion of the Indira Gandhi Matritva Sahyog Yojana - could possibly be a step that will better maternal health and delivery outcomes through conditional cash transfers.

If India is to achieve its SDG targets across gender, wealth and caste, it needs more attention directed towards infant and maternal health policies, or 2030 will - once again - see India falling short of its health targets.

Infant mortality rate (IMR) in Pakistan is nearly double than that of India's. The report says 66 infants died for every 1000 births in 2015 in Pakistan.
Advertisement
<< Tips to Revive and Maintain the Natural Glow of Skin
Go Organic to Beat Dandruff and Get Healthy Hair >>

104 Health Helpline is designed to track pregnant women from conception up to 42 days postpartum along with the new born up to five years of age.

How to Reduce School Bag Weight - Simple Tips Accident and Trauma Care Indian Medical Journals Daily Calorie Requirements Drug Interaction Checker Find a Hospital Sinopril (2mg) (Lacidipine) Blood - Sugar Chart Noscaphene (Noscapine) Sanatogen
This site uses cookies to deliver our services. By using our site, you acknowledge that you have read and understand our Cookie Policy, Privacy Policy, and our Terms of Use