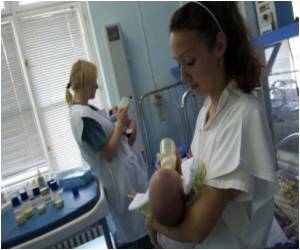 Lilly MacGlashan, a one- year- old baby has survived a rare form of cancer, but needs £300,000 to beat it completely.

Although her twin sister has proved to be a healthy child, Lily's fight started when she was just six weeks old, with doctors discovering a large tumour in her stomach. She went through four sessions of chemotherapy before the tumour was removed. But unfortunately, a fortnight later she began to have fits and started vomiting.  Tests revealed that the cancer had travelled to her brain. Lilly is the only known patient  to whom this has happened.

Neuroblastoma, the cancerous tumour usually develops in the adrenal gland above the kidneys. The symptoms are poor appetite, lethargy, bruising around the eyes, breathlessness and constipation. Each year only about 100 children in the UK develop this condition. In Lilly, the cancer travelled with horrendous speed that has dismayed doctors.


After the grueling chemotherapy sessions she has already been through, doctors do not consider it as an option anymore. Her only hope of survival lies in a pioneering treatment through radioimmunotherapy that a clinic in New York offers. And it would take £300,000 for the US trip. Her parents have launched a fund-raising drive to get their little daughter treated.

Those who look at her wide smile and her crinkled eyes in spite of her ordeal have no doubt she is a survivor.

Piggybacking antibodies onto radioactive payloads so as to deliver doses of radiation that selectively target and destroy microbial and HIV-infected cells.
Advertisement

A genetic glitch responsible for the development of the fatal childhood cancer, neuroblastoma, has been identified by scientists from University of Florida.
Advertisement