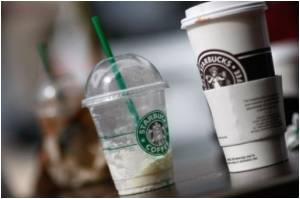 Customers ordering creamy milk drinks are popular cafes such as Starbucks could be guzzling down more than three quarters of their total energy needs for an entire day, according to a new study by Australian researchers.

Dieticians warn that some customers are wolfing down the equivalent sugar of almost two-and-a-half cans of soft drink in a single large drink.

Researchers from Griffith University in New South Wales found that the average order for individuals at Gloria Jean's Coffees and Starbucks Coffee was loaded with a similar kilojoule count to a healthy square meal.


Ashleigh Collins said that consumers needed to be mindful of how much they were putting in their mouths.

"The cafe culture is growing, so there needs to be more awareness," News.com.au quoted Ms Collins as saying.

The word 'Cholesterol' rings danger bells as soon as it is mentioned. This important chemical is important for the normal metabolism of the body and is dangerous only if present in excess.
Advertisement
The study tracked 1903 customers aged 16 and over in NSW and Queensland over several months to June last year.

The average purchase contained 1485 kilojoules - almost as much as a home-cooked steak and veg, roast lamb and veg, chicken stir fry, or pasta and salad meal recommended by health experts.

Dietitians suggest that cafe food and indulgent drinks should be viewed as a treat as part of an otherwise healthy diet.

The findings of the study have been presented at the International Congress of Dietetics in Sydney.

Diet plays a significant role in controlling diabetes. Most cases of diabetes are preventable with healthy lifestyle changes.
Advertisement
<< Over a Quarter of Medicare Recipients Spend More Than the T...
Exposure to BPA Chemical During Childhood Increases Anxiety... >>

More News on:
Why Do We Eat - Nutrition Facts Diet Lifestyle and Heart Disease Lifestyle Modification: No Big Deal!