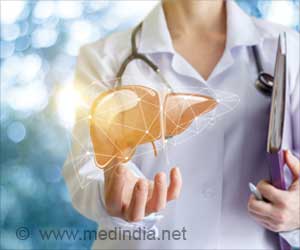 Aspirin improves liver function and survival rate in HCC patients post-embolization, according to a study published in American Journal of Roentgenology (AJR).

In a retrospective review of 304 patients led by F. Edward Boas at Memorial Sloan Kettering Cancer Center in New York City, among the 42 patients taking aspirin at the time of initial TAE for HCC, bilirubin level evidenced lower 1 day (0.9 vs 1.3, p < 0.001), 1 month (0.9 vs 1.2, p = 0.048), and 1 year (0.8 vs 1.0, p = 0.021) post-embolization.
"Although the differences in liver function test results in the groups taking and not taking aspirin were small," wrote Boas, "standard biochemical liver function tests are insensitive to early cirrhotic changes."

Current Treatments for Liver Cancer (also known as hepatoma or hepatocellular carcinoma) can result in complete cure of the disease if it is detected early.
Advertisement
‘Painkiller Aspirin usage is associated with improved liver function test results and survival after TAE for HCC. It is not associated with differences in response or time to progression.’
Read More..
Tweet it Now


Whereas aspirin use indicated no disparity in initial response rate (88% vs 90% complete response or partial response, p = 0.59), median time to progression (6.2 vs 5.2 months, p = 0.42), initial site of progression (p = 0.77), or fraction of patients dying with disease progression (88% vs 89%, p = 1.00), the median overall survival period after TAE for HCC measured longer for the cohort taking aspirin (57 vs 23 months, p = 0.008).
Advertisement
Despite comparable liver function, American Joint Committee on Cancer stage, comorbidities, and other clinical characteristics before embolization in both groups, because his study was retrospective, Boas acknowledged that a confounding variable may account for the improved survival among patients taking aspirin.