Any Connection Between Lead Poisoning and Juvenile Crime? 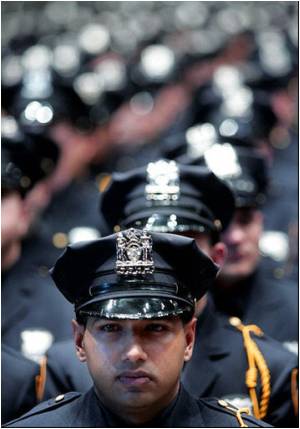 Lead is a common element but is found in old paints (including those once used on children's toys), soil, old piping, water, and the atmosphere from lead-containing vehicular fuels, even drinking vessels. At high dose it is lethal but also causes seemingly trivial symptoms such as headaches. However, in children lead can also lead to irreversible damage to the organs, the kidneys in particular, and the nervous system including the brain. Early detection to contaminated sources is important to prevent children coming to harm but exposure is not always apparent. The effects of high lead exposure amongst children can result in 'learning disabilities', behavioral problems, lowered intelligence, stunted growth, and hearing impairment.

Summer Miller of Southern University Law Center in Baton Rouge, Louisiana, writing in the International Journal of Liability and Scientific Enquiry, points out that data from the US Centre for Disease Control (CDC) shows that 6% of all children ages one to two years and 11% of African-American (non-Hispanic) children ages one to five years have blood lead levels in the toxic range in the area a lead poisoning.

Miller suggests that exposure to harmful quantities of lead may lead to juvenile delinquency. "Very small amounts of lead are associated with toxicity," she says. "There have been discrepancies amongst researchers in determining the levels indicating lead poisoning. Thus, it has been reported that levels as low as 10 micrograms per deciliter show enough lead exposure to diagnose lead poisoning."


Other studies suggest 45 micrograms per deciliter. She adds that public education regarding the ongoing problem of lead exposure is now needed to save young people from the potentially devastating effects of this toxic metal. "Lead poisoning has a progressive effect over time and its symptoms are those experienced by most people, such as headaches and abdominal pain," says Miller. "Because these symptoms are so common, this allows detection to go unnoticed, hence the need for education regarding sources of lead exposure."
Advertisement
"Published research shows that lead exposure and criminality is linked to evidence of poorer intelligence, low communication skills, and behavioral problems, such as vandalism and bullying," Miller adds. Other studies have found delinquent juveniles to have raised concentration of lead in their bones compared to that in "non-delinquent" juveniles.

UK Falters on Childrens Rights, Says UN
UK is faltering on children's rights and some of its measures to meet juvenile crimes are ......

Impulsive Boys From Poor Families More Likely To Commit Criminal Acts
Boys who are impulsive, not adequately supervised, and with poor families and deviant pals, are ......

Lead Poisoning
Lead Poisoning occurs due to exposure to the heavy metal lead. The presence of lead in the body abov...