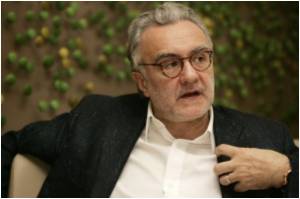 Researchers have discovered that at least in ants, based on experience, animals can change their decision-making strategies.

Researchers also found that ants can also use that experience to weigh different options.

Co-authors Taka Sasaki and Stephen Pratt, both with Arizona State University's School of Life Sciences, have studied insect collectives, such as ants, for years.


Sasaki and Pratt gave a number of Temnothorax rugatulus ant colonies a series of choices between two nests with differing qualities.

In one treatment, the entrances of the nests had varied sizes, and in the other, the exposure to light was manipulated. Since these ants prefer both a smaller entrance size and a lower level of light exposure, they had to prioritize.
Advertisement
Pratt, an associate professor with the school, said that it's kind of like a humans and buying a house, asserting that there's so many options to consider - the size, the number of rooms, the neighborhood, the price, if there's a pool.

Pratt explainrf that because it is impossible to find the perfect habitat, ants make various tradeoffs for certain qualities, ordering them in a queue of most important aspects. But, when faced with a decision between two different homes, the ants displayed a previously unseen level of intelligence.

According to their data, the series of choices the ants faced caused them to reprioritize their preferences based on the type of decision they faced.

The findings have been published in the early online edition of the scientific journal Biology Letters.

Source: ANI
Advertisement
<< Indian Man With 12 Fingers Unable to Find His Feet in the J...
Teens With Late Bedtimes Have Lower Academic Performance >>

Study Explores How Awareness Influences Decision Making in Human Brain
How does awareness influence information processing during decision making in the human brain? A ......

Decision Making In Extremely Premature Deliveries Strongly Influenced by Family Preferences
In decision making and counselling regarding risk and management options for deliveries between 22 ....

Researcher Seeks Decision Making Preferences Among Patients With Heart Attacks
A research letter, "sought to investigate preferences for participation in the decision-making ......