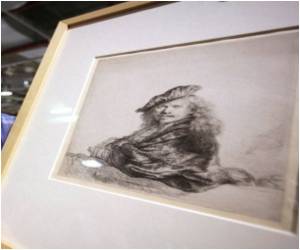 Myanmar has loaned some of its ancient treasures to be displayed in a landmark exhibition exploring the ancient kingdoms of Southeast Asia that opens in New York next week.

The Metropolitan Museum of Art spent five years preparing the exhibition of Hindu-Buddhist sculptures from a region and ancient culture little known in the United States.

It features 160 stone, terracotta and bronze sculptures of which 22 are from Myanmar, the first pieces of art loaned by Yangon after emerging from decades of international isolation.


The rest from Cambodia, Malaysia, Thailand, Vietnam, Britain, France and elsewhere in the United States complete an exhibition that only the vast resources of the Metropolitan could pull off.
Advertisement
"Most of these powerful works of art have rarely if ever been on view outside their home countries," said the Met's British director Thomas Campbell.

"We are especially honored that the government of Myanmar has signed its first-ever international loan agreement in order to lend their national treasures to this exhibition."

The museum hopes that it will attract culture vultures keen to bone up on a little-known field, and backpackers and gap-year students who have enjoyed the beaches of Thailand and Vietnam.

Around 6.2 million people visited the Met in each of the last two years, a new audience for these ancient treasures and for Myanmar, which only emerged from international sanctions in 2012.

Curator John Guy said Southeast Asia was dismissed by ancient geographers as "that place beyond India and before China," but produced some of the greatest Hindu and Buddhist art to survive.

The exhibition tracks the period when both faiths took root in the region from India, absorbed into local belief systems and giving rise to the nation states of today.

-'An enormous act of faith'-

It took two years -- a "long and rigorous process" -- to negotiate the loans from all the countries, Guy told AFP.

"Myanmar is new at this and I have to say they behaved in an extraordinarily professional manner," he added.

Before coming to New York, some objects had traveled only once: by cart from the ancient city of Sri Ksetra where they were excavated in 1924-26 to the local museum.

As in the case of several other countries, cabinet-level approval was required.

"We're asking to borrow their national treasures and bring them half way around the world. This is an enormous act of faith on their part."

Southeast Asian countries are emerging economies and Myanmar has embarked upon wide-ranging reforms since turning the page on five decades of junta rule that kept the country impoverished.

Guy said the region could expect spin-off benefits such as enhanced tourism and cultural cooperation.

When the exhibits return to Myanmar in August, for example, two conservators will go to work on objects that in the end were deemed too fragile to travel to New York.

"As important as the exhibition is, we would never put a single object at risk," said Guy, an expert with 20 years' experience and contacts in the region.

While many of the masterpieces come from Cambodia, Thailand and Vietnam, the standout contribution from Myanmar is a sixth century sandstone slab that covered a relic chamber in Sri Ksetra.

Guy described it as an "extraordinary object, beautiful in its own right and the way it functioned, offering almost magical protection to the chamber, makes it a very potent object."

Las Vegas Billionaire Sues Swiss Expert Over 'Rothko' Painting
A billionaire in Las Vegas is suing a respected Swiss curator accused of standing behind the ......