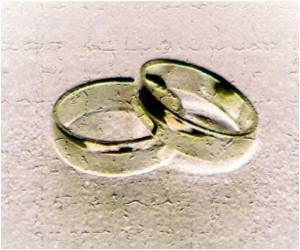 A new report has found that the number of divorce cases among Indians in Malaysia has risen to about 5,000 a year.

Tamil Bell Club Malaysia national president S.V. Lingam said that if the trend continued, the community would be plagued with social problems.

According to the Star, Malaysia Nanban quoted him as saying that lack of understanding and absence of a give-and-take attitude among married couples were the main reasons for the increasing number of divorces.


He said that a few years ago, there were only 200 divorce cases annually.

He suggested religious organisations like Malaysia Hindu Sangam consider conducting compulsory marriage courses for couples to provide guidance on the responsibilities and requirements of making a marriage successful, the report added.

Source: ANI
Advertisement
<< Wearable Tech on Spotlight at Asia's Biggest IT Fair
Hiring a Employee Who Smokes Costs US Firms $6,000 >>

More News on:
How to Save your marriage Divorce: Pros and Cons How to Handle Depression and Stress while Going Through a Divorce?