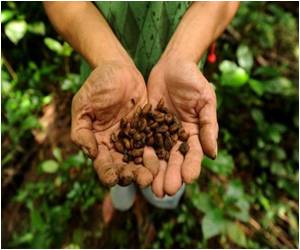 More than 400 farmers in Uttar Pradesh have committed suicide or died of shock in the wake of the freakish weather that has damaged their crops beyond repair. The Agra Mental Hospital has opened a special cell to deal with traumatized agriculturists, large numbers of whom are turning up at its OPD daily.

"The Agra Mental Hospital has opened a distress and suicide prevention help clinic. The number of patients in the OPD has suddenly gone up to 400 daily. Most of the new patients are farmers," said the medical superintendent, D.S. Rathod.
Advertisement

Agriculture experts in the "Braj" region (100 km around Mathura) say the rainfall and hailstorm in March and April are unprecedented, coming at a time when crops were ready to be harvested. The worst affected have been the wheat, potato and mustard crops.


"Even today, bundles of harvested wheat crop are rotting in the water-logged fields," said Satpal Singh, a farmer in Mathura.

The Uttar Pradesh government has released a list of 65 districts that have been hit by the freak weather, resulting in the death of over 400 farmers. While around 55 farmers have committed suicide, more than 350 have died of shock, according to Revenue Secretary Suresh Chandra, who told media persons in Lucknow earlier this week that a fresh demand for Rs.3,500 crore ($560 million) would be sent to the centre to help out the farmers in distress.
Advertisement
Meanwhile, resentment continues to build up against the state government for its lopsided and shoddy compensation policy. The chief complaint centers on the deaths. Family members of the bereaved have been insisting that the deaths have been caused by the shock or heart failure as a result of crop losses, but administrative officials seem reluctant to see every death linked to the weather and natural disaster. "Some of the deaths were natural of elderly people," a village-level functionary confided to IANS on condition of anonymity.

Mathura's additional district magistrate (Finance) Dheerendra Sachan said that: "We are doing a fast job, in fact much faster than anywhere else. So far, we have disbursed around Rs.16 crore to 23,063 farmers. We had asked for Rs.331 crore. It could take another month or so."

The level of frustration and depression shows no signs of slowing down. Many families that had planned marriages this summer are totally shattered.

"Those who had taken loans from private money lenders are feeling the heat and are under tremendous pressure. These conditions call for constructive work by social activists and psycho counselors. One hopes the conditions do not compel people to turn violent," social activist Manoj Choudhary told IANS.

Official estimates suggest that around 500,000 farmers of the area have been hit by the freak weather. Survey and evaluation of the losses remain a highly time-consuming process and to be able to appease all sections within a short time calls for herculean efforts.

Political parties meanwhile continue to fish in troubled waters, blaming either the state or the union government for the crisis.

"Utter lack of sensitivity and concern is discernible in the approach to the crisis. Suicides have been described as natural deaths due to diseases and ageing. The lekhpals and the patwaris (ground-level workers) downplay losses and deliberately distort survey findings. The parameters set for paying compensation are too harsh and bookish. The humane touch is totally missing," lamented social activist of Mathura Pavan Gautam, while speaking to IANS.

"This fiscal has been a nightmare for the farmers. First they battled scanty rains during the kharif crop, and then came the explosive deluge to ruin the rabi crop. And if experience is any indication it's going to be a bad monsoon year again. Poet Ghaagh is being widely quoted by local farmers. Ghaagh wrote several centuries ago that rain in Chaitra (April) is disaster in the form of drought in rainy season. This also coincides with the alarming warning of an El Nino this year," rural development specialist Shravan Kumar Singh said.

British Mental Asylums Threaten Teenagers
In Britain, a lot of teenagers are being confined alongside potentially dangerous adults in mental ....