There's a 100-year-old shot putter, a 90-year-old sprinter and a swimmer who lost a leg in a shark attack 35 years ago.

Welcome to the World Masters Games where people from all backgrounds have come together just for the sheer joy of competing. 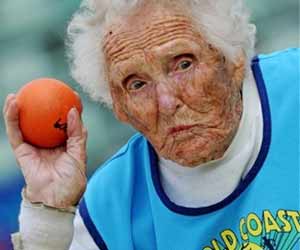 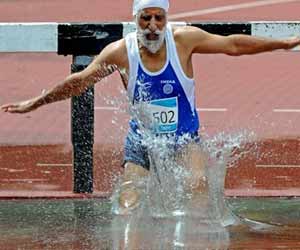 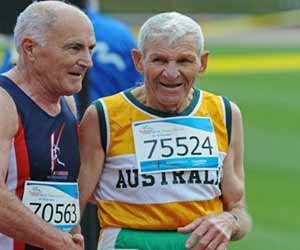 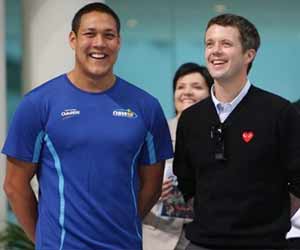 It's a massive logistical exercise with more than 28,000 competitors from 95 countries, the vast majority of them Australian, competing in a celebration of sport and goodwill.

Research To Find If Video Games Boost Memory In The Elderly

Whether video games can boost memory and thinking skills in the elderly is being investigated as part of a new study, funded by the National Science Foundation in the US.
Advertisement
The 28,200 participants, the biggest attendance ever, makes the seventh Games almost three times the size of the Sydney Olympics in terms of competitor numbers.

There are some amazing and heart-warming stories as a little bit of the magic of the 2000 Games is recreated in the harbourside Olympic city.

Take Olga Kotelko from Vancouver. She won her age group in both the 100-metre and shot put.

"There was no-one else my age, but it felt really good and I'm quite pleased. I also beat an 80-year-old," Olga beamed.

It's her fourth time competing in Australia and she has entered nine events.

"It's all about meeting new friends and catching up with old ones and I like the competition. I still feel fit, healthy and strong. There is no way I'm retiring any time soon," the former teacher said.

"I've been training six days a week since I split my leg open and I've got to replace my knee. I'm under instruction from my doctor not to run, but I'm going to prove him wrong," she said.

South African Damon Kendrick, 50, is giving it a go in the 800-metre freestyle, minus a leg he lost in a shark attack 35 years ago.

Australian great-grandmother Ruth Frith says she doesn't drink, smoke or eat vegetables, but at 100 years of age, the oldest female competitor at the Games, she mustered a throw of 4.07 metres (13.3 feet) to take the shot put gold medal.

It didn't matter a jot to the cheering spectators that Ruth was the only female competitor in the women's 100 to 104 aged shot-put event.

Competitors may have travelled from all parts of the globe for the Games but Carl Heberl, 69, walked to Sydney from his home in Gympie, Queensland, 1,100 kilometres (683 miles) away.

Heberl thought it would be ideal preparation for his four athletic events, including a half marathon.

Even royalty is into the act with Denmark's sailor-prince Frederik coming to compete in the open 35-years-plus Tasar sailing event on Sydney Harbour.

Crown Prince Frederik, who met his Australian-born wife, Mary Donaldson, while competing at the 2000 Sydney Olympics, is revelling in the not-so-serious atmosphere of the World Masters Games.

He knows his presence at the Games is causing a stir, and admits, "I'm fine with being the bait."

The spirit of the Games was too much of a pull for Australia's former 400m relay gold medallist Daniel Kowalski.

Kowalski, 34, had no intention of competing when he strolled into the Sydney Olympic Pool where he won gold nine years ago, but within minutes he was buying himself a new set of swimming togs and goggles.

He was so gripped by the desire to relive the moment that he made a late application to compete, and duly won the 30-34 year 800 metres.

Sports Stars And The Bizarre Accidents

A University of Mississippi researcher has revealed that fantasy sports can help improve mathematics test scores in schools.