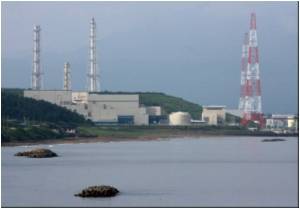 Since last year's nuclear disaster, Japan's Fukushima state has opened its first beach to swimmers after judging the water to be safe.

According to the News.com.au about 1,000 people descended on Nakoso beach, about 40 miles south of the Fukushima Dai-ichi nuclear plant, where three reactors melted down after the March 11, 2011, earthquake and tsunami.

Stanford researchers have calculated that radiation from Japan's Fukushima Daiichi nuclear disaster may eventually cause anywhere from 15 to 1,300 deaths.
Advertisement

The reopening of the beach was celebrated with beach volleyball games and hula dancers from a nearby spa.


Iwaki city official Joji Kimura said negligible radiation was detected in water at the beach, which was measured at 0.08 microsieverts an hour, far below dangerous levels.

Swimming had been banned at all beaches in Fukushima since the disaster last March.

Nuclear Disasters Likely to Occur Once in 20 Years

A new study carried out by German scientists warn that nuclear accidents similar to Chernobyl and Fukushima are likely to occur at least once in every two decades
Advertisement
<< Over 400 Sex Offenders 'Have Gone on to Commit Rape Again' ...
'Confession' Obituary Of Cancer Victim Goes Viral >>

Japanese scientists are attempting to breed a strain of rice, which is resistant to radioactive caesium, by testing over 100 varieties of the crop.

'It's Safe to Come Back' Japan Tells Tourists

Radioisotope Scan
News Archive
News Resource
News Category
Parents are 'Winging It' on Their Kids' Mobile Use Ankle and Ankle Movements While Riding an Hoverboard Is It Healthy to Let Your Mind Wander? Walk Till it Hurts: Good News for Peripheral Artery Disease Patients Plus Size Models and Social Media: Where Do They Fit In?
More News
Sign up for Wellness Consult a Doctor Sign up for Selfcare

Post-Nasal Drip Sanatogen Calculate Ideal Weight for Infants How to Reduce School Bag Weight - Simple Tips Loram (2 mg) (Lorazepam) Accident and Trauma Care Nutam (400mg) (Piracetam) Turmeric Powder - Health Benefits, Uses & Side Effects Find a Hospital Iron Intake Calculator
This site uses cookies to deliver our services. By using our site, you acknowledge that you have read and understand our Cookie Policy, Privacy Policy, and our Terms of Use