After Devastating Fires, Russia Lists 'Cabbage and Potatoes' as Luxuries 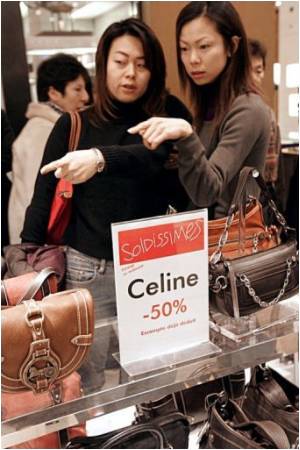 At a bustling market on the north side of Moscow, shoppers are upset: after last summer's devastating fires, staples such as cabbage and potatoes are suddenly pricier than the fancy new imported foods.

Booming developing world demand was already pushing up the price of basic food items when Russia was hit by a catastrophic drought that eventually forced the Kremlin to call a halt to all wheat exports last year.

A Penn State biologist has said that researchers need to use all available resources in an integrated approach to put agriculture on a path to solve the world's food problems while reducing pollution.
Advertisement

But the emergency measure provided only temporary relief, with both shoppers and analysts noting an alarming new trend developing on the shelves of stores stretching from Vladivostok in Russia's Far East to Kaliningrad near Poland.


"Since the summer, potatoes have become unaffordable," said 30-year-old Marina, a regular shopper at the Moscow market.

Since the middle of December, the price for a kilogramme (2.2 pounds) of potatoes has almost doubled from 25 rubles (85 US cents) to more than 40, leaving many shoppers shaking their heads in dismay.

A new, state-funded farming community has given new life to Gaetan Charlly Lengou, but he knows he will have to deliver results in the project, designed to tackle Congo's food crisis.
Advertisement
Staring speculatively at a fruit and vegetable counter, pensioner Maria says she now thinks twice before making a purchase.

"Everything has gone up (in price): sausage, meat, milk ... not to mention vegetables. It is impossible! So now I am buying fewer items."

Like Maria, many customers have trimmed their shopping lists to the dismay of vendors, who are seeing more and more of their favourite clients walk out of stores empty-handed.

"The customers I had who were buying two or three cartons of milk are now buying just one," said Ruben, a dairy produce vendor.

But looking at the sticker prices, Ruben admits that he is not terribly surprised.

But forget fancy cheeses and healthy new yogurts. Shoppers say the price of such basic staples as buckwheat -- the simple grain that Russians eat for breakfast, lunch and dinner -- has actually tripled since the summer.

Paradoxically to many Russians, a kilogramme of bananas is now cheaper in most stores that a sack of potatoes -- a fact that has not been lost on the higher ups in the Kremlin.

"A pack of buckwheat cost about 40 rubles last summer. Now, we sell it for 120 rubles," said Lida, a supermarket assistant.

Although there are many factors behind the food inflation, analysts point the primary blame on a record drought that saw harvests fail in 28 Russian regions, slicing half a percent off the country's gross domestic product.

"There have been several waves of price hikes" in the wake of the weather anomaly, said Alfa Bank economist Natalia Orlova.

"It started with bread and buckwheat, and was followed by milk and now meat."

In January alone, the price of an average consumer basket rose by 5.5 percent to 2,769 rubles ($95, 70 euros), according to the Federal State Statistic Service.

The situation is being compounded by accelerating demand in Asia and poor harvests in big crop-producing states -- one of the many sparks that set off the recent social unrest in North Africa and the Middle East.

And although Russia is not as sensitive to the price shocks as some of poorer Arab nations, its prices still move lockstep with those on the global market, said Moscow's Higher School of Economics analyst Sergei Aleksashenko.

"For cereals, meat, sunflower oil, sugar, milk, Russian prices are fixed according to world prices and their dynamics," he said.

All the more so because -- facing shortages -- Russia has been forced to import certain foods.

In December alone, imports of potatoes multiplied tenfold and while those of cabbage rose by 150 percent, official statistics show.

With annual inflation expected to come in at almost seven percent this year, the authorities are keen to make sure that food prices do not become an issue at December's parliamentary elections and next years presidential poll.

Last week, President Dmitry Medvedev held a stern meeting with his Economic Development Minister Elvira Nabiullina, telling her that the government's success depended on its ability to control inflation.

And in late January, the Deputy Economic Development Minister Andrei Klepach said he was mulling the option of introducing price caps on certain basic items.

The top UN official in south Sudan warned on Friday that the impoverished region faced a major food crisis that could lead to free fall, with half of its residents relying on aid this year.
Advertisement
Advertisement
This site uses cookies to deliver our services.By using our site, you acknowledge that you have read and understand our Cookie Policy, Privacy Policy, and our Terms of Use  Ok, Got it. Close
×