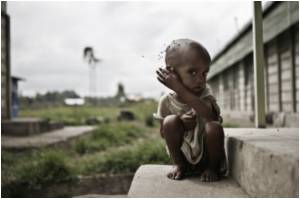 A Penn State biologist has said that researchers need to use all available resources in an integrated approach to put agriculture on a path to solve the world's food problems while reducing pollution.

"Using resources more efficiently is what it will take to put agriculture on a path to feed the expected future population of nine billion people. We especially need to do a better job using the nutrients, water and energy needed to produce food," said Nina Fedoroff, Evan Pugh Professor of Biology and Willaman Professor of Life Sciences, Penn State.

Integrating various sectors of agriculture is one way to conserve and recycle resources. Using wastewater from freshwater aquiculture or fish ponds to irrigate and fertilize fruit and vegetables in a green house and returning the cleaner water to the pond keeps the excess nutrients out of the groundwater, cleans the pond and provides plants nutrients.


"We should ask how we can grow food with a minimum of water, maximum of renewable energy and closest to where people are living," said Fedoroff.

A new, state-funded farming community has given new life to Gaetan Charlly Lengou, but he knows he will have to deliver results in the project, designed to tackle Congo's food crisis.
Advertisement
"We need to expand our ability to farm on land not considered farmable because it is eroded or desertified, using water not considered suitable for farming because it is wastewater or saltwater. We need to adapt current crops to higher temperatures and less water and we need to domesticate plants that have evolved to grow at high temperatures and in salty soils," he said.

He also said that one of the first things in domestication is that plants are chosen that retain their seeds and do not experience seed shatter.

"As a result of decades of genetic and genomic analysis, we gave a good idea of the genetic changes involved in domestication," he said.

The findings were discussed at the annual meeting of the American Association for the Advancement of Science in Washington.

The top UN official in south Sudan warned on Friday that the impoverished region faced a major food crisis that could lead to free fall, with half of its residents relying on aid this year.
Advertisement
<< 80pct of All Web Browsers Open to Attack
Research on Hypoxia-Inflammation Link in Athletes >>

Drug Side Effects Calculator Loram (2 mg) (Lorazepam) Sanatogen Vent Forte (Theophylline) Blood - Sugar Chart A-Z Drug Brands in India Noscaphene (Noscapine) Calculate Ideal Weight for Infants Accident and Trauma Care Hearing Loss Calculator
This site uses cookies to deliver our services.By using our site, you acknowledge that you have read and understand our Cookie Policy, Privacy Policy, and our Terms of Use  Ok, Got it. Close
×