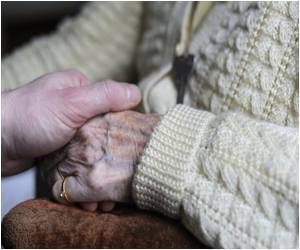 Resveratrol Has a Positive Effect on Vascular Dementia

Resveratrol, a polyphenolic compound, is synthesized in several plants and possesses beneficial biological effects, which include anti-oxidant, anti-inflammatory and anti-carcinogenic properties.
Advertisement

Case of a Canadian Sculptor: Art Preserves Skills Despite Onset of Vascular Dementia

The ability to draw spontaneously as well as from memory continues to be preserved in their brains, researchers at St. Michael's Hospital reveal.
Advertisement
<< Toilet Exhibition Making a Splash in Japan
High Levels of Vitamin D Improve Survival Chances in Bowel ... >>

Chinese herbal medicine has been used for thousands of years in China. It has also long been considered an effective treatment for vascular dementia.

Link Between Depression and Risk of Vascular Dementia

Drinking Beer or Wine Every Day Could Cause Age-related Diseases
View all
News Archive
News Resource
News Category
How to Decipher a Baby's Cry of Pain? Nurturing Your Financial Well-being Might Slow Down Memory Loss How Microglia Contribute to Alzheimer's Disease? How the Intestine Repairs Damaged Tissue? New Component to Treat Lung Lesions Created
More News
Sign up for Wellness Consult a Doctor Sign up for Selfcare