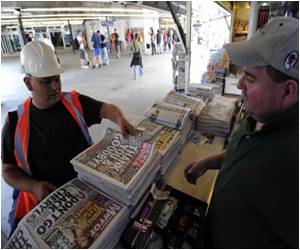 Private daily newspapers are being sold in the country for the first time in almost 50 years. This is yet another important milestone on Burma's journey to democracy.

Sixteen papers have so far been granted licences, although only four were ready to publish on Monday.

Until recently, reporters in Burma faced some of the harshest restrictions in the world.


Private dailies in Burmese, English and other languages, which had been commonplace in the former British colony, were forced to close under military rule in 1964.
Advertisement
Subsequently, journalists were frequently subjected to surveillance and phone-tapping, and were often tortured or imprisoned. Newspapers that broke the rules were shut down, the BBC reports.

But media controls have been relaxed as part of a programme of reforms launched by the government of President Thein Sein that took office in 2011, the report said.

Last August, the government informed journalists they would no longer have to submit their work routinely to state censors before publication.

According to the report, it was announced in December that private dailies would be allowed to publish from 1 April.

Free Newspapers For French Youth To Save A Dying Print News Sector
France is to spend millions of euros to provide free newspapers for young people, officials said ......

Over 2 Crore Indians Now Using Mobile Internet at Expense of TV, Newspapers: Report
According to a report, two crore of the estimated 4.8 crore mobile Internet users in India have ......

US Newspapers Look To E-Readers For Survival
As US newspapers drown in a sea of red ink, publishers are desperately searching for ways to ......